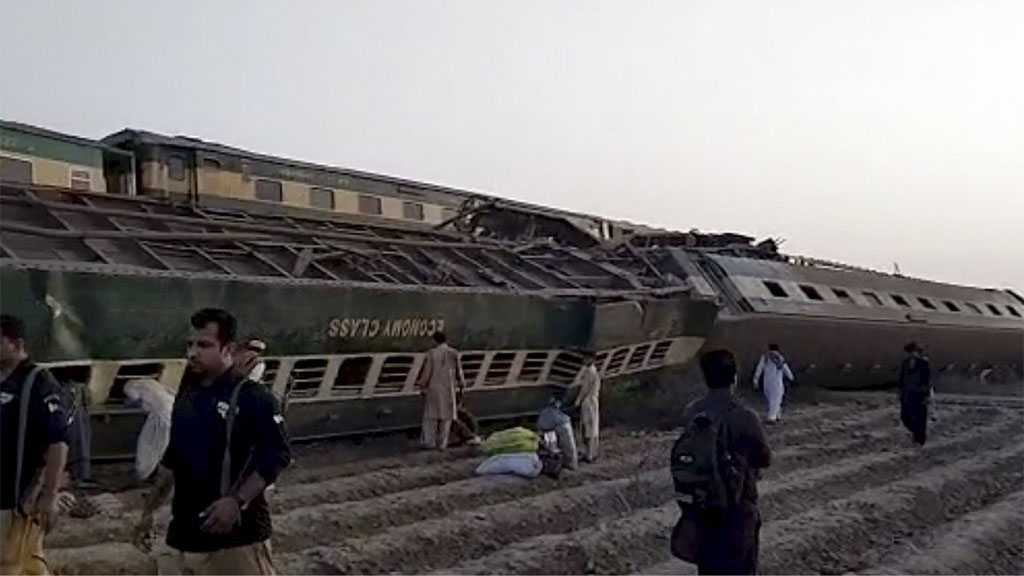 At least 30 people lost their lives and dozens others sustained injuries on Monday in a train crash in southern Pakistan, police said.

A spokesperson for Pakistan Railways told AFP that a train heading from Karachi to Sargodha, derailed on to a track carrying a service from Rawalpindi in the opposite direction.

"Several people have been killed and many others trapped inside," the official said.

Umar Tufail, a senior police officer at Daharki put the death toll at 30 so far.

Mobile phone footage shown on television from the site showed a mangled wreckage, with several green Pakistan railway carriages lying on their side.

Rail accidents are common in Pakistan, which inherited thousands of kilometers of track and trains from former colonial power Britain.

But the network has seen decades of decline due to corruption, mismanagement and lack of investment.

At least 75 people died when a train caught fire while travelling from Karachi to Rawalpindi in October 2019.