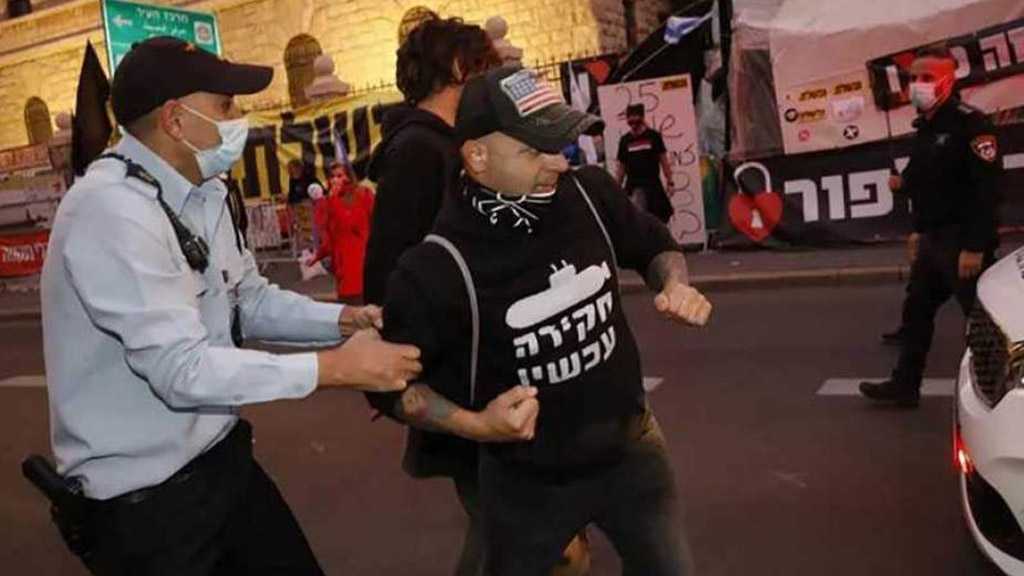 The demonstrators waved flags and chanted slogans, which could be heard inside, as security measures on the site were stepped up.

The police on the scene estimated the crowd to total between 250 and 300 demonstrators.

The demonstration continued as Netanyahu arrived for his second in-person hearing, where the PM gave his formal response to the charges of bribery, fraud and breach of trust, which he all denied.

The “Israeli” PM chose not to deliver his response verbally, instead simply confirming the response filed by his lawyers.

After that, Netanyahu got a judge's approval for excusing himself from the court, leaving his lawyers at the hearing to represent him.

By mid-day, the hearing entered its final part – one set to establish the timetable for the testimonies.

Ahead of Monday's hearing, Netanyahu warned his own supporters against going to the court to rally in his defense, citing the risk of contracting COVID-19.