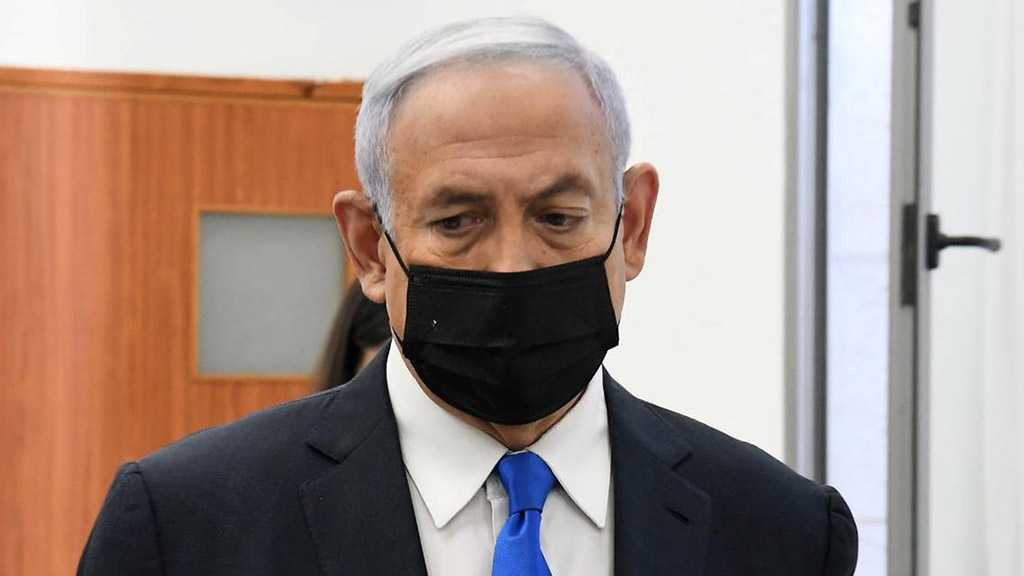 “Israeli” media reported that the entity’s Prime Minister Benjamin Netanyahu has pleaded not guilty to corruption charges in court.

"I confirm the written answer submitted in my name," Netanyahu said.

In this context, he referred to a document that his lawyers passed to the court earlier, in which they claimed that Netanyahu was not guilty.

Netanyahu arrived in court on Monday, as he is charged with bribery, fraud, and breach of trust.

At the hearing, which was postponed multiple times due to COVID-19 restrictions, the Zionist prime minister will deliver his formal response to the allegations.

Netanyahu has been the subject of multiple corruption investigations, including over claims he received expensive gifts from various businessmen, advanced a law that would benefit one of “Israel's” major newspapers and supported looser regulation of telecommunication company Bezeq in return for positive coverage.

Because of the inquiry, the prime minister had to abandon all ministerial posts except the premiership amid “Israel” experiencing a lengthy political power crisis, as the country is now heading toward the fourth elections in two years. The snap elections would take place on 23 March.

The court proceedings are expected to take years. If convicted, the 71-year-old politician may face up to 10 years in prison for bribery and up to three years for fraud and breach of trust.