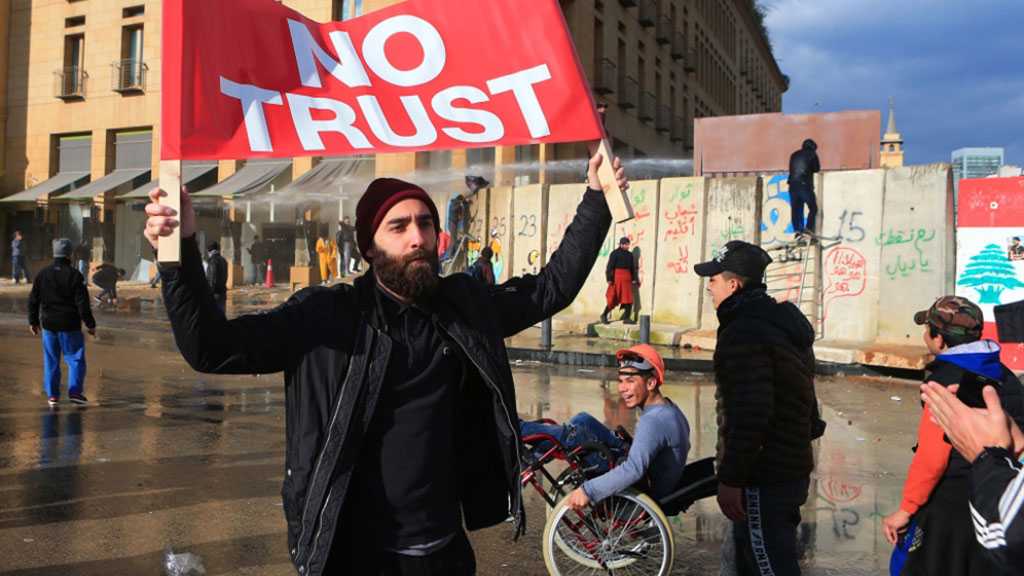 In light of the Gulf-“Israeli” normalization agreements, pressure is mounting on Lebanon to fall in line. The Kingdom of Saudi Arabia is currently content with just being a spectator, while the United States is activating its plan to implement a theory shared by Washington and Riyadh: "Let the country collapse so that we rebuild it without Hezbollah."

Lebanon has taken a huge leap into a zone similar to the Bermuda Triangle, almost as if its demise had become inevitable. The push for that is strongest among those who insist on removing Hezbollah from the entire political scene – either make a lot of concessions, or face the flood. The American war against the resistance, which involves the use of deadlier tools than those employed in Afghanistan in 2001, Iraq in 2003, and Lebanon in 2006, is continuing in accordance with the aforementioned theory: "Let the country collapse so we can rebuild it without Hezbollah".

Saudi Arabia strongly believes in this theory even though it has not been put into practice yet. However, it can be set in motion as a financial reserve when the opportunity presents itself.

Until then, work to sow chaos resumes: activating the activities of NGOs and movements with a specific agenda, imposing new sanctions on Lebanese figures, and the prevailing absence of security. All of which will open up the internal arena to a range of possibilities.

A year and two months ago, the objective was to expose the corrupt political class, but now it is time to overthrow it, regardless of the existence of an alternative, or so the information indicates.

The difference between these two periods of time is that in the fall of 2019, there were no Emirates-“Israeli” relations, Bahraini-“Israeli” relations, Saudi-“Israeli” relations. In other words, today “Israel” is present in every Arab country except Lebanon, which means that the latter isn’t permitted to deviate from this path – forcing it to join their ranks is not built on a void. For there is no longer any ambiguity that the corruption of the ruling system and the absence of any serious effort to search for a solution to address the collapse are helping the outside world implement its plan.

Anyone who reads the graph of the country's movement at all levels will realize that it is heading towards a more painful stage, in light of the downfall scenario that threatens all institutions that are no longer able to contain its dangerous repercussions. In parallel, Washington is activating its policy to destroy Lebanon, in cooperation with local actors entrusted with this task, in addition to a set of basic pillars for its project run by the US administration from abroad and the US embassy in Beirut. The coming stages will unfold as follows:

The first pillar: Reactivating civil society associations, some of which operate according to the Western agenda. And this is done through the implementation of the activities of some groups that try to exploit any righteous movement and divert it to another path. According to some sources, certain movements could cause security incidents that might further exacerbate the situation.

For example, the surprise encounters involving young people who confronted officials and figures in public places may develop into security problems if they move onto private residences. Then, who guarantees, for example, that there will be no casualties should a fight between these youths and the security team of any official take place?

The second pillar: The infiltration of these organizations into certain areas under the guise of aid, specifically Christian ones, and spreading the impression that there is no way to guarantee social security except through the West, with the aim of replacing major parties in these areas, specifically the Free Patriotic Movement.

The third pillar: Putting more Lebanese figures on the sanctions list, in addition to state institutions or even banks, to further destabilize the economic and financial situation and work to sow doubt in these institutions and encourage financial transactions on the black market.

The fourth pillar: undermining security by awakening sleeper cells and sowing sedition. This is no longer a secret, as many political and security forces now talk about reports confirming the existence of serious security threats.

Even though Saudi movements in Lebanon appear to be faint so far, available information suggests that the kingdom is sharing its theory with Washington. However, it will not intervene directly right now, but rather wait for the country’s complete collapse based on the conviction that “this collapse will only negatively affect Hezbollah, weaken it, and force it to back down. Thus, it will be possible to rebuild the state in Lebanon through an American agenda and Saudi funding.”