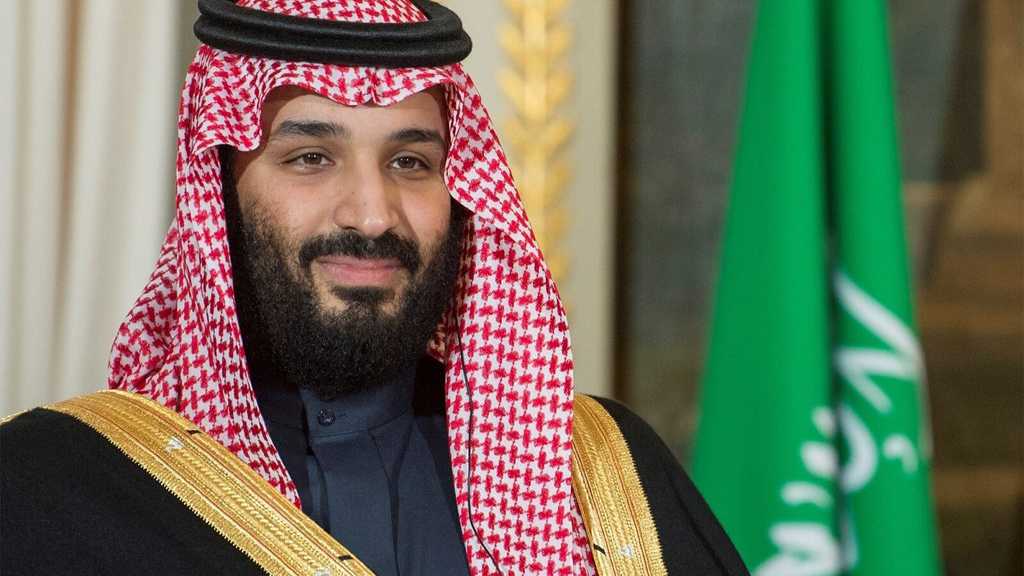 By Al-Akhbar Newspaper - Translated by Staff

According to the paper, the document, headed with a ‘Top Secret’ label and the date it was issued on August 9, 2019, includes a report on the two-year achievements of MBS’ tenure in Saudi Arabia. It was co-prepared by the foreign ministry’s Unit of Gulf Studies.

The document was originally addressed from the UAE Foreign Ministry’s Head of Office, Mohammad Mahmoud Al Khajah, to the office of the Minister of State for Foreign Affairs Anwar Gargash. However, the letter that presents a report mentions that Foreign Minister Abdullah Bin Zayed ordered transferring the issue to Gargash, in which the latter sends his report to Abu Dhabi’s Crown Prince Mohammad Bin Zayed [MBZ].

The report combines analytics with the observation of public and private news. Private news hint to the deep and major observation of the allied Saudi leadership and its transformations, as well as the ability of the UAE’s apparatuses to collect information about MBS, his entourage and his unannounced policies from inside the kingdom, using its own methods that include subjugating Saudi sources.

The report points to that the UAE’s diplomacy and its apparatuses are operating in a high level that amounts to spying on Bin Salman. It sometimes appears annoyed with his reckless performance that weakens Saudi Arabia’s foreign policy.

Among the secrets regarding ties with the ‘Israeli’ enemy, the Evangelist lobby in the United States, President Donald Trump, the influence of the Khashoggi murder, and the stance towards the “Muslim Brotherhood”, and the status of Prince al-Walid Bin Talal, the report expands to observe the facts and deductions, atop of which are MBS’ political ideology, the crisis of the ruling’s legitimacy, the assessment of the defeat in Yemen and the impossible occupation of Sanaa, the setback after boycotting Qatar, the division and polarization of the Saudi society and the royal family’s wings, eight internal transformations and six others in the weakening foreign policy, which all combined don’t prevent a confession of a proportional power Bin Salman enjoys at home.

Transformations on the Level of the Kingdom’s Internal Policy

Among the most noticeable transformations on the level of the Saudi ruling establishment and internal policies, the report noticed in the first transformation Bin Salman’s grab of power, with a mandate from his father, King Salman, which appeared clearly through stalemating rivals such as Mohammad Bin Nayef, Mutab Bin Abdullah, Khalid Bin Sultan, Mohammad Bin Fahad, and al-Walid Bin Talal, in exchange for appointing more royal youths in high posts and emirates of the Saudi regions.

The second transformation, according to the report, was the beginning to pave the way for the Saudi regime’s shift into a traditional royal regime (from the father to the son). Meanwhile, stances within the royal family differ, as some oppose this regime, who are a few princes, and others who support it, and are the young princes who view the crown prince as a savior. Others remain silent; those are the most of the royal family member who prefer to stay safe.

The third is the execution of the security grip towards the opposers of the new tendencies. In this context, the report said that what was new in the kingdom in two years is the clarity of the determination in executing the controversial tendencies and decisions without referring to the religious authority, or submitting to the people’s choices. An example on this is allowing women to drive cars, weakening the religious authority, imposing blending between men and women in several governmental and private jobs, giving women leading positions, and condensing entertainment events of all kinds.

The fourth transformation is the campaign against the so-called ‘financial corruption’ with a retroactive effect, and restoring billions from senior princes and tradesmen, which enjoys unlimited support from the most elites, and is considered one of the most important achievements of the crown prince.

The fifth transformation: Revitalizing the governmental departments and tightening monitoring and accountability, which is one of the positive administrative development, according to the report.

The sixth transformation: Updating and developing the legal environment and speeding up judicial procedures, except for those related to human rights [freedom of expression and press] which was dealt with by the crown prince as a security issue instead of right.

The seventh transformation: Beginning an open war on the political Islam groups. Bin Salman applied over two years a new, serious and tighter policy when facing the movements of political Islam inside Saudi Arabia and abroad. The kingdom issued in March 2014 a decision to consider the Muslim Brotherhood a terrorist group, editing the schools and universities curricula from the Brotherhood’s disciplines, and excluding all those who sympathize with them, their ideology, or symbols from any senior position in the educational institutions, and the emerging role of the new centers for combatting terrorism [such as the International Center for Targeting the Funding of Terrorism, and the Global Center for Combatting the Extremist Ideology “Itidal”] and arresting the famous Muslim Brotherhood leaders, as well as deporting those that are not Saudis, in addition to blocking the websites that belong to them or that are affiliated with them.

The eighth transformation: Changing the religious rhetoric to be absolutely loyal to the new state, via creating a change in the directed lectures in mosques as the new minister for Islamic affairs, Abdul Latif al-Sheikh, exempted several Imams, lecturers and prayers callers from their jobs at the mosques and moving some of them into administrative jobs.

Transformations on the Level of the Kingdom’s Foreign Policy

The report found that when Bin Salman was appointed the crown prince, the Saudi foreign policy became more vital and more reckless at the same time. Many features of change appeared to the surface. The first was approaching the White House and improving the Saudi-American ties after a decade of tension. Then came the war on Yemen and the growing political and military losses due to the war progress. Thirdly came the continued boycott of Qatar and bearing more political and media repercussions. And fourth was activating and developing the institutional cooperation with the UAE, which was clear through the personal harmony between MBS and MBZ. The institutionalization of this cooperation started with inaugurating the Saudi-Emirati coordination council in June 2018, and the two countries adopted a joint strategy for economic, development and military integration via “the determination strategy”. And fifthly, strengthening ties with the Protestant Evangelical Fundamentalists, and turning the enemy from the Zionist entity to the Islamic Republic of Iran. And sixth, changing the Saudi religious rhetoric abroad and closing the Saudi Islamic centers abroad.

In conclusion, the report found that Bin Salman has imposed his legitimacy by force and using the security grip, prevailing arbitration, changing the structure of the political authority, via the carrot and stick policy, singularity in power, exaggerating in suppressing and accusing any possible opposer or opinion owner with treachery, seeking to show “the legitimacy of performance and achievement as a new path. And on the regional and international levels, the crown prince sought to strengthen his legitimacy by presenting himself as an exceptional and historical leader (reformist and renovator) who will save Saudi Arabia from religious extremism and uproot terrorism.

Additionally, during Bin Salman’s tenure, a new security doctrine emerged to hack opposers and accuse them of treachery in public. Part of the security efforts were directed at observing princes withing the branches of the royal family, in addition to the opposers at home and abroad. The Saudi government used ‘Israeli’ companies to help chase prominent opposition figures on social media platforms, hack their devices, not to mention the phenomenon of the 'informer or provoker citizen.'

The report, relatively, found that Bin Salman assumed power by himself, without any competitor, and behaved as a king, which was reflected in the exceptional ceremonies and protocols such as receiving Egyptian President Abdel Fattah al-Sisi and accompanying him to the airport to bid him farewell, then having lunch with the Queen of the United Kingdom in the Buckingham Palace, and then being received officially in the White House twice, holding expanded discussions and a private dinner with America’s Vice President. He also received special greeting from US President Donald Trump, who emphasized in a public speech that King Salman has made a wise decision in choosing Mohammad Bin Salman as a crown prince.