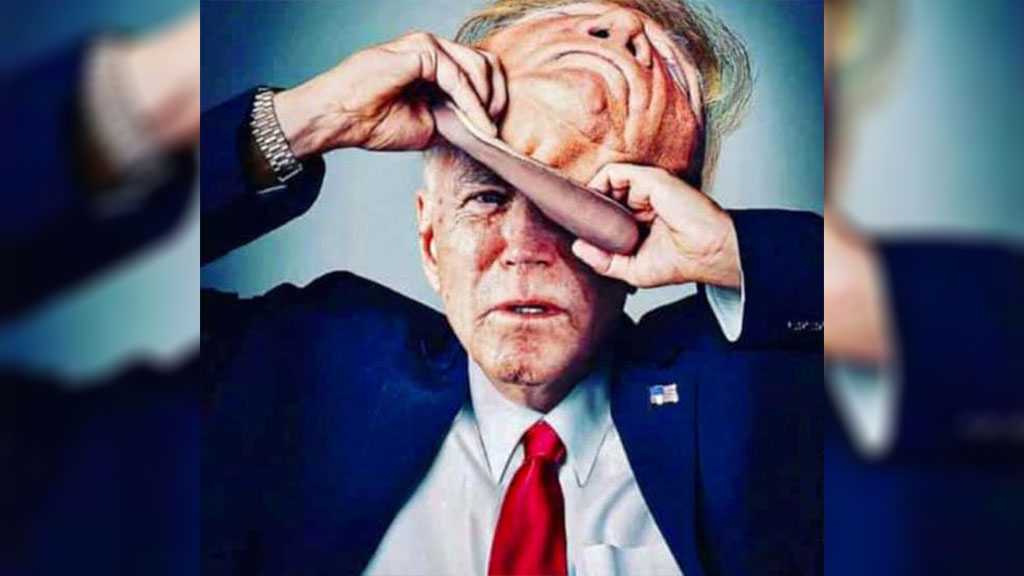 The division amongst the American political elite vis-à-vis Iran is between a side that believes that the Islamic regime can be overthrown via extreme pressure and hybrid warfare, perhaps leading to an open and widespread military clash with it; and on the other hand, there’s the another side that sees policy change of the regime and not its overthrow is what’s required and achievable. The ideological-dogmatic core of Donald Trump’s administration belongs to the first side, as its president stands in a middle position, hoping that Iran will comply with his conditions to conclude a "deal". As for Joe Biden and his team, they adopt the second approach.

However, what supporters of "regime change" in Iran and those seeking to "change its policies" have in common is that both consider the Islamic Republic's principle position against the Zionist entity and the resulting policies it has adopted towards it, as a fundamental reason for conflict.

Iran's development of its military and missile capabilities, both quantitatively and qualitatively, and its aid to the rest of the parties of the resistance axis in similar trend, substantiating a rather consequential and gradual but continuous transformation of the total balance of power in the region against the Zionists’ interests – which is the cornerstone of the American and Western hegemony – is centripetal to the motives behind the hybrid warfare raging against it in recent years.  Perhaps it is useful to recall that the acceleration of the process of developing and accumulating the aforementioned capabilities and providing it to the allies, came after the signing of the nuclear agreement between Iran and the p5 + 1 group in 2015; and that it coincided with the reversal of the course of confrontation in the interest of the Syrian state and its allies after the Russian intervention at the end of the same year.

Henceforth, would Barack Obama's administration have signed the nuclear deal with Iran if it had the power to foretell the events that followed? The answer is definitely, No. The organic relationship between the United States and the Zionist entity and the former’s eagerness to ensure the latter’s qualitative edge would have pushed this administration to include Iran's missile program and its role in the region as conditional for signing the agreement.  It is likely that if Biden wins the presidency, he will uptake this approach, with the difference in the ways of dealing with Tehran from those followed by Trump, to get Iran to accept them.

There is no doubt that the Obama administration’s endeavor to reach a kind of "disengagement" with Iran came within the framework of its general strategy of "turning towards Asia" and confronting the rise of the Chinese power. This confrontation has become the focus of consensus among the American elites, considering that it should be a priority on the agenda of any forthcoming American president, regardless of their political identity. If the deterioration of the American empire’s capabilities is taken into account, it is assumed that the priority will be devoted to relieving the burdens of its costly "involvement" in the Middle East and its conflicts, while preserving the security and immunity of its allies in the region, especially the Zionist entity.

The Obama administration considered that the signing of the Iran nuclear deal and the ensuing exit from the isolation imposed on it by the Western countries and promises of a fruitful economic partnership, all of this will encourage some of the poles of its regime to demand a focus on solving internal problems and the challenges associated with economic, scientific, technological development, and withdrawal from the conflicts rampant in the neighborhood, especially those that put it in the face of the West.  Consequently, these conflicts, especially the raging ones in Syria, had become, in 2014 and 2015, from the Obama administration’s perspective, a war of attrition for Syria, Iran and Hezbollah, and began to develop to the administration’s disadvantage during that period – 2015 – after Turkey, Qatar and Saudi Arabia intersected in their support to the Syrian opposition factions, which led to the formation of the "Army of Conquest" [Jaish al-Fatah] and launched an offensive in which it occupied cities such as Jisr al-Shughur and Idlib and advanced towards the Syrian coast. Of course, this intersection received American and Western support. The Obama administration’s account was clear: we agree with Iran, and we and those with us will intensify pressures on the ground on its allies in Syria to exhaust and weaken them all, in preparation for their defeat and the dismantling of the Axis of Resistance. In other words, we are talking to Iran and cutting off its arms in the region.  This is the general context in which the nuclear deal with Iran was signed. However, Russia’s intervention in late September 2015 turned the scene upside down and enabled the Syrian state and its allies to repel the hostile attack and restore the initiative, and the rest of the story is known to everyone.

What is important is that the dense dust of the Syrian war enabled the Axis of Resistance to turn the threat into an opportunity, and to initiate an accelerated development of military and missile capabilities, which alarmed the Zionist military leaders due to their disastrous implications in their view on the balance of power in the region between the entity and its enemies. To try to stop this process, they launched what they called "operations without war", that is, thousands of raids and attacks on missile sites and their storage centers, but they failed to do so. Trump came to power and adopted the policy of "maximum pressure" on Iran, and withdrew from the nuclear agreement, in order to compel Iran to give up its missile program and its role in supporting allies in the Axis of Resistance. Instead of the previous policy of "cutting arms", he moved to the policy of "targeting the head and arms". However, this policy, despite its high human, economic and financial costs for the targeted was futile because it did not achieve its goals.

If Trump remains in place after the election, he will pursue the same policy in an attempt to impose compliance on Iran, with major pressure from pro-“Israel” ideological groups to resolve the conflict by resorting to war. For his part, if Biden wins, he will not be satisfied with returning to the nuclear agreement in its original form. Rather, he will seek to make changes which will be included in its amendments and that are related to stopping the development of precision missiles, both quantitatively and qualitatively, and supplying the allies with them. On the other hand, he will try to "lure" Iran into turning the agreement into a treaty, by obtaining the signature of Congress, and with American and Western political and economic openness on it, allowing for Iran to get out of the blockade towards "progress and prosperity". However, in addition to the incentives, pressure will continue during the negotiation stage in an attempt to extract the largest possible concessions. The Biden administration will proceed with the strategy of “cutting arms”, or at least paralyzing them, by tightening the siege on Syria through the “Caesar Act” and on “Hezbollah”, and promoting at the same time, within the framework of a policy of integration pressure and temptation, or the stick and the carrot, the idea of a "regional framework for security" that includes the various countries of the region for "peaceful" conflict resolution and "cooperation with each other". Some Lebanese and Arab media trumpets, with close relations to the Emirates, have begun to promote this framework or organization, on the grounds that it will allow reaching solutions to all the region's wars and open "new horizons" for them. If he wins, Biden will seek, through "rough", "soft" and "smart" tools, to dismantle the Axis of Resistance in order to protect “Israel”, which is a common goal between him and Trump and all those who preceded them to the presidency of the largest white colony, the United States of America.