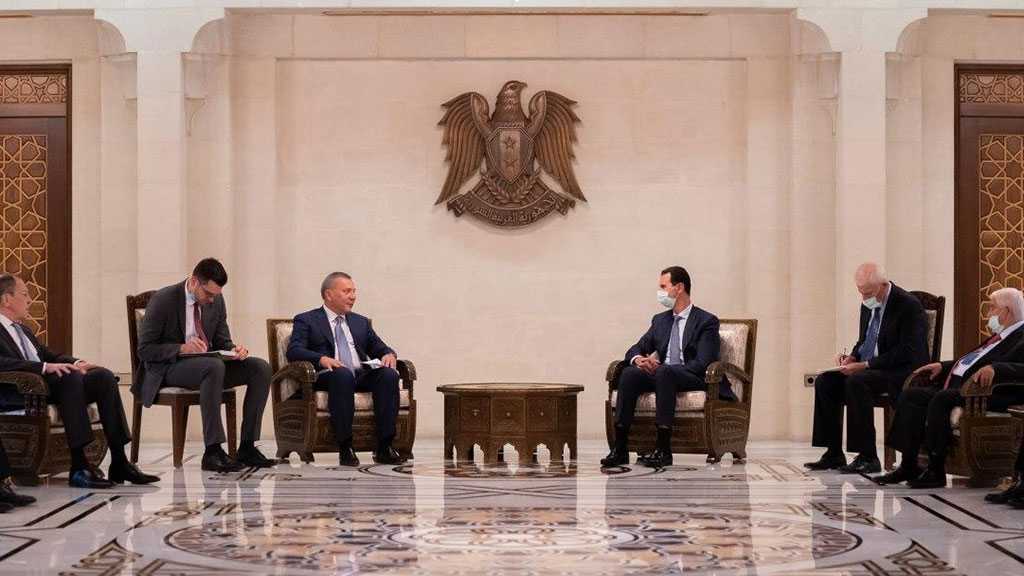 The two sides expressed their satisfaction over the level to which the bilateral cooperation reached between the two countries in different fields, asserting joint will for Moscow and Damascus to continue development of this cooperation and promoting it to achieve the interests of the two the friendly peoples.

On the economic domain, the two sides discussed means of implementing agreements signed between the two countries and their endeavors to realize new agreements in a way that would contribute to achieving the interests of the two countries and ease the repercussions of coercive sanction policy adopted by some countries against Syrian people. There was an agreement on the importance of embarking the implementation of mechanisms that would overcome the economic blockade and pressures imposed on the Syrian people.

As for the political domain, the Russian delegation affirmed Russia’s continued support for Syria and helping the country in its political endeavors on different tracks despite the attempts of some western countries to hinder reaching any understandings or agreements that come in the interests of the Syrian people.

It underlined commitment to the territorial integrity and sovereignty of Syria and restoring its regional and international role.

Assad affirmed that Syria was and still adopts flexibility on the political track synchronizing with working to combat terrorism and achieve security and stability to realize which the Syrian people hope for.

He also expressed the Syrian people’s appreciation for Russia, as leadership and people, for their military, economic and political support and for helping Syria restore its security and territorial integrity as well as passing the effects of economic terrorism on the Syrian citizens.

He also stressed the Syrian government’s determination to continue the work with Russia to carry out the agreements signed between the two countries and making the Russian investments a success in Syria.