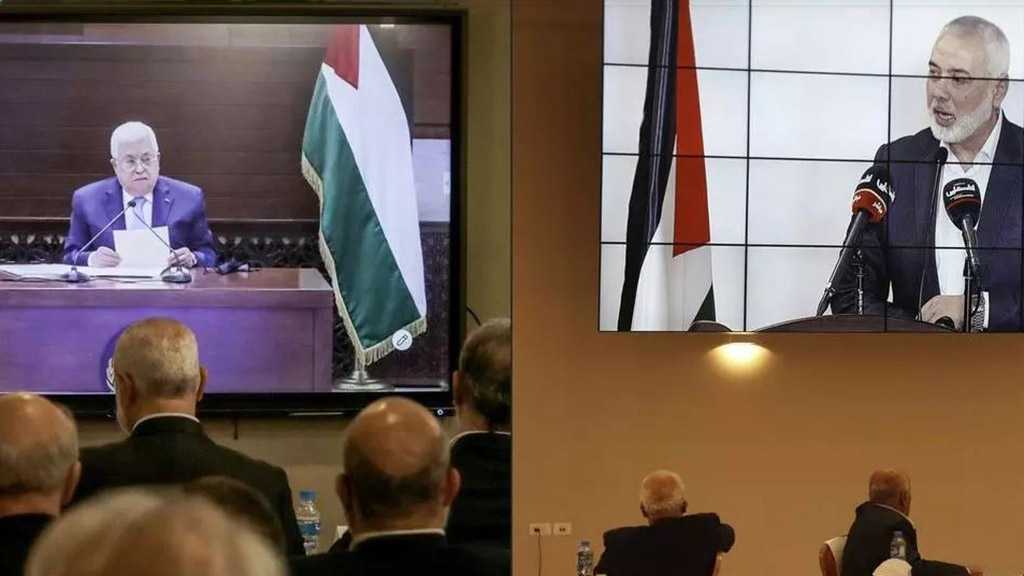 Palestinian factions on Thursday staged a rare show of unity to underline their rejection of the US-backed normalization deal between the “Israel” entity and the UAE.

"We cannot accept anyone speaking in our name. We have never allowed it, and we will not allow it, ever," said Palestinian Authority president Mahmud Abbas at a meeting in the occupied West Bank town of Ramallah beamed live by videoconference to a parallel meeting held at the Palestinian embassy in Beirut.

"We will never accept the United States as the sole mediator for negotiations [with ‘Israel’], and we will not accept its plan" for a peace settlement, said Abbas, calling for Palestinian "unity" in the face of Washington's strategy.

The meeting was the first since 2013 bringing together Abbas, head of the Fatah party and West Bank-based Palestinian Authority, and Hamas leader Ismail Haniyeh – albeit virtually, rather than in the same room.

Haniyeh also called for a united front, via videoconference from Beirut.

"We must restore our national unity, put an end to division and establish a unified Palestinian position... to confront projects directed against our people," said the Hamas chief.

Under a US initiative unveiled this year, the “Israeli” entity would retain control of the disputed city of al-Quds [Jerusalem] as its "undivided capital" and annex settlements and other areas in the occupied West Bank.

On August 13, US President Donald Trump announced an agreement between the “Israeli” entity and the United Arab Emirates to normalize ties.

Under the US-brokered deal, the entity has suspended, but not permanently dropped, annexation plans in the West Bank.

The UAE became the third Arab country to agree to normalize ties with the “Israeli” entity, after Egypt signed a deal in 1979 and Jordan followed suit in 1994.

“Israeli” Prime Minister Benjamin Netanyahu said Sunday: "There are many more unpublicized meetings with Arab and Muslim leaders to normalize relations with the ‘state of “Israel”’."

The Palestinians have roundly condemned the accord as a "betrayal" by Abu Dhabi of the struggle to establish a state of their own, incorporating territories seized by the entity in the 1967 Middle East war, with east al-Quds [Jerusalem] as its capital.

In a final communique released after the talks, the Palestinian factions announced they had approved the creation, within five weeks, of a joint committee to organize "the popular resistance" and "put an end to the divisions" between themselves.

US Secretary of State Mike Pompeo last week undertook a regional tour, which took him to Sudan, Bahrain and Oman, in the hope of convincing other countries in the region to follow the Emiratis.