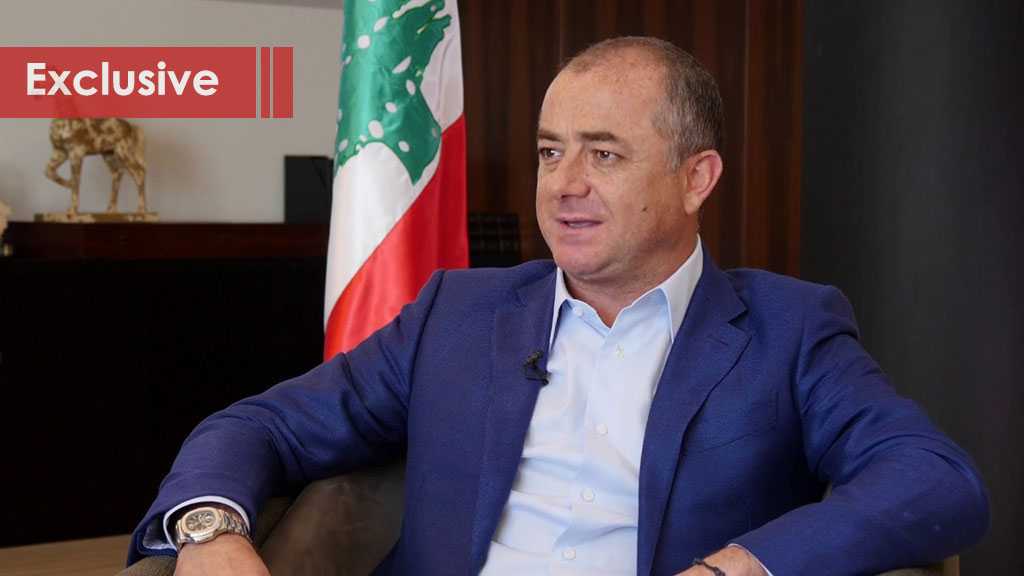 When “Israel” invaded Lebanon in an attempt to occupy it and the resistance confronted it, it was often said at the time that "the eye does not resist the gimlet". The weak believed this defeatist saying. But the resistance ignored it. A few have sought and struggled for the sake of Lebanon. It triumphed despite little material capabilities. And history recorded the enemy’s first ever unconditional withdrawal from an Arab country.

In 2006, the enemy waged a massive war against the homeland. The outcome was its surrender under Lebanese strikes. In 2017, the resistance and the military establishment fought a war hand in hand against the Takfiris. This war ended with the liberation of Lebanon from the terrorists. The so-called emirate was toppled thanks to the golden equation: the army, the people and the resistance.

A few days ago, "Israel" committed a new folly – a blatant and open attack on Beirut’s southern suburbs [Dahiyeh]. It did not go unnoticed. We saw the unanimous official positions as well as the popular support for the resistance and the military institutions, which seems ready to face any "Israeli" aggression against Lebanon.

While speaking to Lebanon’s Defense Minister Elias Bou Saab one gets the sense of how powerful and determined the military establishment is to defend the country. The minister seems confident more than ever about Lebanon's ability to defend its territory from any attack.

In an exclusive with Al-Ahed News Website, Bou Saab confirms that the Lebanese army will take the initiative to confront any "Israeli" attack. In his opinion, Lebanon is stronger than before and it only gets more powerful with each passing crisis, especially with a strong president and a mindful leadership from all parties. The “Israelis” should take note of this.

Bou Saab also stresses that objections to Lebanon's behavior are "anomalous" voices that have no value in politics and in influencing public opinion. Regarding external pressures, Bou Saab explains that the president is not concerned and neither are we. He says that their only concerns are Lebanon's interest first and foremost. Thanks to this awareness, Lebanon continues to go from one victory to another.

Below is the transcript of the interview:

Q. Has Lebanon been subjected to pressure as a result of the positions it has formally adopted, especially with regard to the position of President Michel Aoun and the decisions taken by the Supreme Defense Council?

A. I do not want to say that Lebanon came under pressure. His Excellency the President is not concerned with these pressures and neither are we. When we make decisions at the Supreme Defense Council, we are concerned only with Lebanon's interest first and foremost. President Aoun's position is well known. In 2006, it was known, and today it is still known. Every attack on Lebanon is viewed by His Excellency the President through his articulated position. This was evident in his last stance following the attack on Dahiyeh. President Aoun is not concerned with any external pressures. He ignores any position from any party that contradicts his convictions. This is the approach of any President of the Republic who is keen on dignity and sovereignty. Lebanon makes its decisions in line with the positions we heard from the President of the Republic. He does not adopt positions that take into consideration how to please external parties. He does not adopt positions based on fears of exposing Lebanon to external pressures. We should know this about President Aoun. He is not concerned with any pressures. He is only concerned with the Lebanese national interest. And this is what we have seen the last time.

Q. There was talk of US pressure exerted on the Lebanese army, especially after confronting the Zionist drones. Was the army really pressured to be neutral?

A. The decision made by the Lebanese army on Wednesday (August 28) to confront the Zionist drones in Adaisseh is not a spur of the moment decision. The order was not given on Wednesday. The army implemented the decision after seeing the drones with a naked eye. So, it fired directly at them. Earlier, I said that the Lebanese army will take the initiative to respond to any "Israeli" attack against Lebanese territory. Any attack that is clear and apparent and the army has a clear shot, the military will initiate, confront and shoot at it. Coincidentally, a few hours later, this incident took place. It turned out that drones flew at an altitude the army could see with a naked eye. So, it fired at them. This decision has not changed whether there is pressure or not. The position remains the same and will not change.

Q. If the incident reoccurs?

A. I assure you that the decision will remain the same. It will be in line with the defense of Lebanon and the Lebanese territories. We will respond to any “Israeli” aggression that the army sees clearly whether on land or in the air. In a previous incident along the border, a Lebanese army officer shot at “Israeli” drones. This means that the Lebanese army is following the same protocol and will not change courser under any pressure.

Q. Are you confident of the official Lebanese stance after seeing an honorable position from the three leaders? Or do you have fears of a split that may happen at any moment?

A. I do not think divisions can happen because the official positions in Lebanon and the political parties represented in both the parliament and the government are all united and clear. This is a blatant “Israeli” attack against Lebanon. Some Lebanese may agree with us that this is an "Israeli" attack, but they had a different position regarding the response, stating that the response should be decided by the government. They also argued that decisions regarding war and peace must be in the hands of the Lebanese state.

When this team said this in the Cabinet, the prime minister responded by stating that we do not make the decision for war and peace. “Israel” was the one that made that decision. It is the aggressor, and we will defend ourselves.

I think that these words demonstrate that there is certainly no fear of the unified positions among Lebanese officials being divided. I believe that the "Israelis" must learn a lesson from what happened. And each time they choose to attack Lebanon, they will be met with an unanimous position in the face of their threats.

Q. Do you think that Lebanon is stronger today?

A. We come out stronger than before following every crisis we go through and all the problems inside Lebanon or problems due to "Israeli" attacks. Many of the decisions made in Lebanon in the presence of the President of the Republic made us emerge from any crisis stronger than before. We have been through crises, both internal and external, and every time we came out stronger and stronger. Here, we are talking about the “Israeli” aggressions.

If you made a comparison between the present and what happened in the July war, in terms of the divisions and the political positions, I believe we have achieved a massive victory, even inside Lebanon, through political and unanimous positions. The “Israelis” should learn a lesson from this. Perhaps in the past, they were able to exert greater influence on Lebanon's political decision-making process through international pressure. However, this is no longer an option for them, especially in the presence of a strong president and a mindful leadership of all parties. Therefore, the objections to Lebanon's behavior are "anomalous" voices that have no value in politics and in influencing public opinion, which will be supporting the state in defending the Lebanese territory in the face of “Israeli” attacks.

Q. On the second anniversary of the liberation of the Joroud, the equation of the army, the people, and the resistance was embodied. Today we are beginning to see this trio is ever present in light of the recent Zionist aggression against Lebanon. Do you think this equation will peak?

A. In the ministerial statement we were clear: the Lebanese have the right to defend their land by all available means. They have the right to resist any aggression. Some get upset over the description of the trio: the army, the people and the resistance. But the ministerial statement translates this. The disagreement may occur in terms of talking about the resistance as an organization, whether it can make decisions on its own. I am not going to discuss this here. As a defense minister, I am not in a position to talk about this issue now. This should be discussed on the dialogue table in due course. But I emphasize that in any problem, crisis or aggression, we will not accept to burn time debating how to respond. We will all defend our homeland whether through the army, or the people. And whoever wants to resist, let him resist the way he wants. This is evident in the unity that is embodied during any assault. This issue is out of discussion. Any aggression will be faced with Lebanese consensus and defense by all means.

Q. With regard to the international and regional contacts that Lebanon has made officially, have you obtained what some call reassurances that "Israel" will not launch a large-scale war against Lebanon?

A. Diplomatic circles are saying that "Israel’s" message implies that they are not preparing for war and they do not intend to wage a war. What takes us to the other possibility is that “Israel” is preparing for elections and is trying to strengthen its internal situation by launching attacks of this kind. But these attacks are a double-edged sword that could turn against those who think about attacking. Because today we have a strong Lebanon capable of responding and creating equations. It can deter the enemy. If this was “Israel’s” intention, it does not necessarily mean it would have a positive outcome for the elections. It might turn out to be an issue with negative repercussions for them because as I said we are much stronger than before.

Q. Have you felt that the Americans are upset with what "Israel" did, or is there agreement with the "Israeli" position?

A. We found out that no one was expecting this to happen, after inquiries were made from more than one side.

Q. How do you explain what UNIFIL was quoted as saying that shots fired by the army violated Resolution 1701? Isn't this a double standard, as we do not see this tone when “Israel” violates Lebanese airspace on a daily basis?

A. If an official position is issued by UNIFIL regarding this issue, we will respond in due course and give them the appropriate reply.

On the anniversary of the Dawn of the Joroud Liberation, I pay tribute to the souls of all the martyrs who have fallen and without them we would not have been able to continue on this path. Without them, we would not have emerged stronger. We emerge from every battle, every war and every crisis stronger thanks to the blood of the honorable martyrs who fell while defending Lebanon, the Lebanese people as well as the homeland, its dignity and sovereignty.

Therefore, we can only salute their families, pray for mercy for the martyrs and say Lebanon will carry on from one victory to another until the logic of the state is achieved, attacks are prevented and any terrorist or enemy is deterred from thinking of violating Lebanon in the future or sees an opportunity to steal its land, oil or anything else.