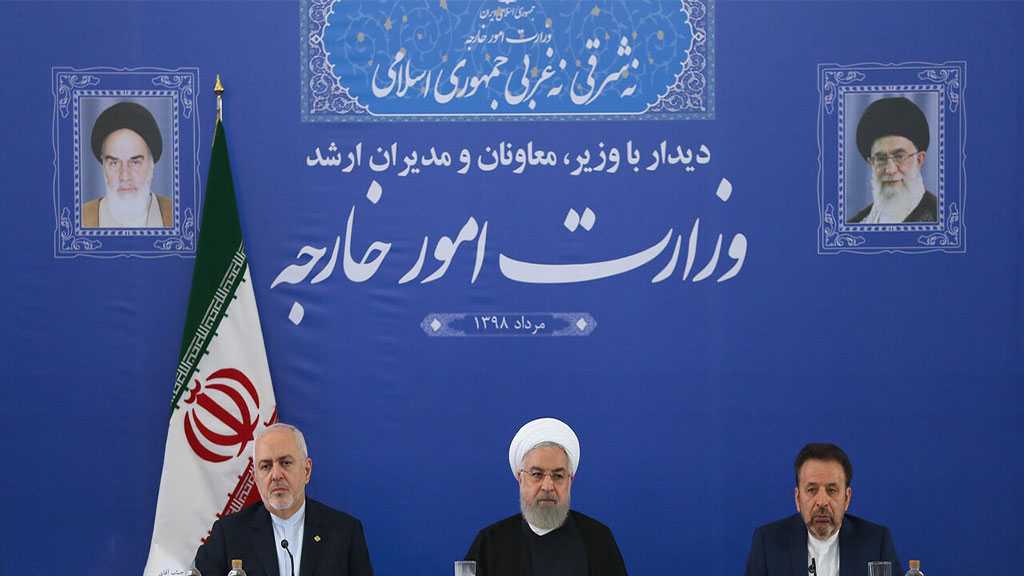 Iranian President Hassan Rouhani warned that a possible war against Iran is “a mother of all wars”, while peace with Tehran is “the mother of all peace”.

In a speech broadcast live on state-run TV on Tuesday, Rouhani also reiterated Tehran's readiness to sit down with Washington if it scraps all the sanctions against Iran.

“The Islamic Republic of Iran favors talks and negotiations and, if the US really wants to talk, before anything else it should lift all sanctions”, he underscored.

The Iranian President further highlighted: “We are always ready for negotiation. I tell you this hour and this moment to abandon bullying and lift the sanctions and return to logic and wisdom. We are ready.”

He added that Iran had shifted its approach from “strategic patience” to “reciprocal action” and would respond in kind to any of Washington’s steps related to the 2015 Iran nuclear deal, also known as the Joint Comprehensive Plan of Action.

According to Rouhani: “Certain parties in the nuclear deal have violated commitments to deprive Iran of economic benefits.”

“Zionists, reactionary states, and US hardliners sought to destroy JCPOA from the beginning,” Rouhani stated, noting that “Only certain US cronies support [US President Donald] Trump's decision to withdraw from The Joint Comprehensive Plan of Action [JCPOA].”

In parallel, he underscored that Iran took calculated step to scale back certain commitments under JCPOA. “Our reduction to nuclear commitments is not a burden on us.”

“All US sanctions against Iran have proved to be its own detriment,” Rouhani stressed, pointing out that “The Americans have proved that their words are far from truth.”

In a clear message to the US and regional rivals, the Iranian President warned: “No one can target our security and seeks peace for himself.”

“Iran to emerge victorious from US restrictions sooner or later,” he concluded.