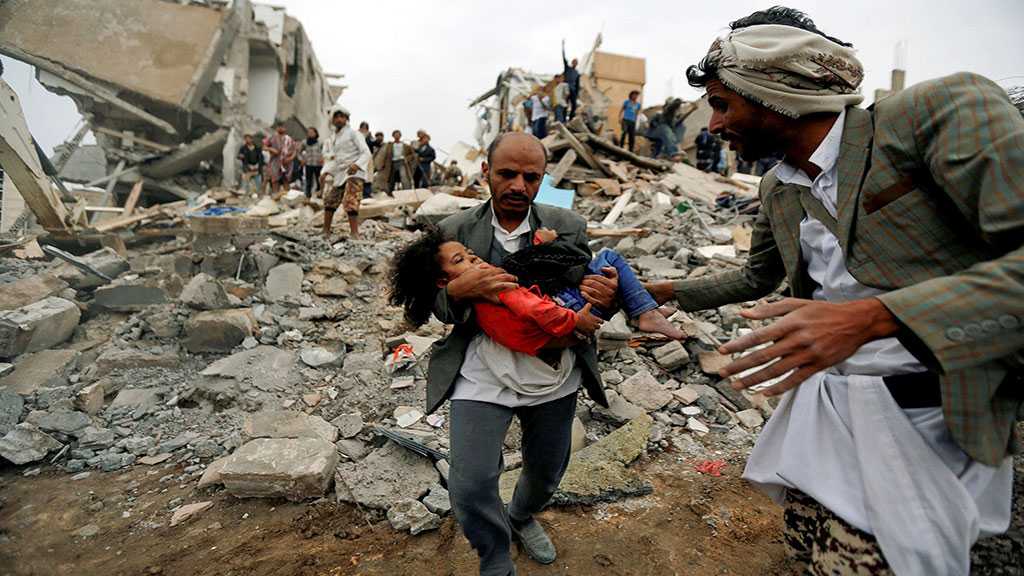 A senior member of Yemen’s Ansarullah revolutionary movement said the US is not just arming the Saudi-led coalition, but is actively participating in its brutal war against the innocent Yemenis.

“The gravity of the American role doesn’t come from the arms sales, but the participation in the aggression against Yemen, and also in trying to legitimize that aggression,” said Mohammed al-Bukhtaiti, a senior member of the Ansarullah Political Bureau.

His comments come as American troops are coming back 16 years after they left Saudi Arabia, King Salman bin Abdul-Aziz Al Saud announced last week. According to media reports hundreds of American troops are deploying to Prince Sultan Air Base outside Riyadh.

Relatively, Ansarullah Spokesman Mohammed Abdul-Salam told al-Mayadeen TV that the deployment of US troops is aimed at providing security support and boost the morale of Saudi Arabia against the ballistic missiles and drone operations of Yemen.

In their latest retaliatory operation on Saudi targets, the Yemeni army’s UAVs once again hit a Saudi airport in Asir province. The army said the pinpoint attack on the airport and nearby military sites in the city of Abha was conducted by Qasef 2K drones.

Meanwhile the Saudi-led coalition claimed that the drone was intercepted and that no airports or military sites had been hit.

Yemeni forces stepped up their retaliatory strikes against Saudi Arabia to force the regime to stop its military campaign against the Yemeni people.

The operations came against the backdrop of a decision by US President Donald Trump to veto three congressional resolutions barring billions of dollars in weapons sales to Saudi Arabia and the United Arab Emirates, which have been committing war crimes in Yemen for over four years.

Referring to the decision, Bukhaiti said, “If the US Congress manages to block the US arms sales to Saudi Arabia, it would be the end for the economic benefits for America, and this may lead to a change in the US policy regarding its participation in the aggression, and its efforts to legitimize it.”

In veto messages to Congress released by the White House on Wednesday, Trump argued that the bills would “weaken America’s global competitiveness and damage the important relationships we share with our allies and partners.”

Trump’s decision comes as over 15,000 Yemenis, mostly civilians, have been killed by the Saudi aggression and the ensuing famine since 2015.

“The Yemeni people are subjected to an unjust and brutal aggression, and that has resulted in the deaths of thousands due to famine. And the US has to reconsider because it’s a partner in this humanitarian crisis,” Bukhaiti added.