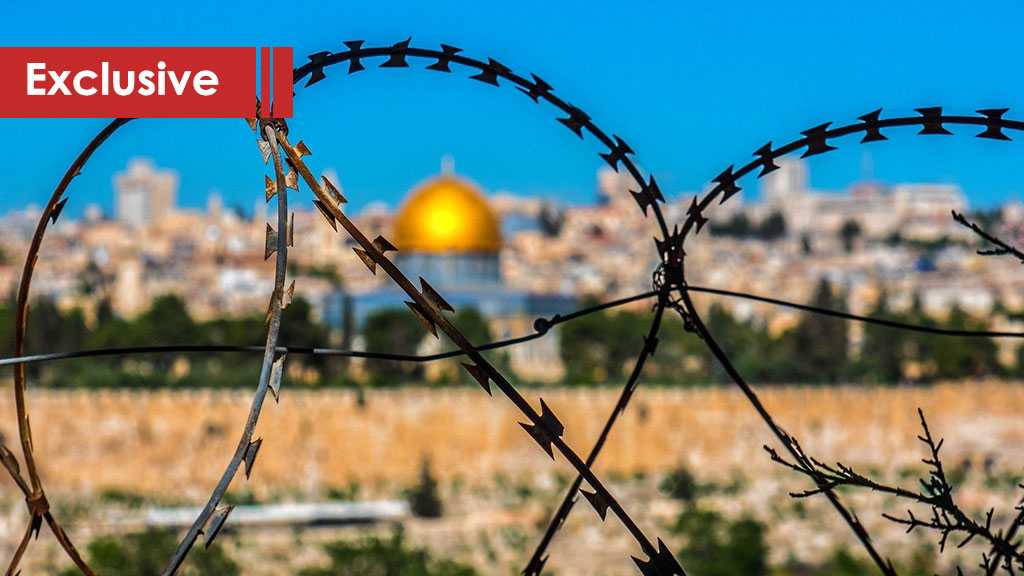 While lounging in the lobby of Manama’s Ritz Carlton Hotel, American rabbi Marc Schneier told The Times of ‘Israel’ this week that the normalization of diplomatic relations between Bahrain and Tel Aviv is “possible” by the end of the year.

The New York-based Schneier, who gained notoriety when he became ‘special adviser’ to the Bahraini monarch, Hamad bin Isa Al Khalifa, made the comments as Manama played host to the unveiling of the Trump administration’s much-hyped proposal for ending the ‘Israeli’-Palestinian conflict.

According to Schneier, the Bahrain gathering generated “tremendous momentum” for the normalization of ties.

But he warned that rapprochement is impossible in the absence of “some kind of resolution between the ‘Israelis’ and the Palestinians.”

Enter Jared Kushner and one of the most comprehensive PowerPoint presentations anyone has ever seen.

‘The opportunity of the century’

The Trump administration’s new Palestine proposal, which claims to offer the region an economic pathway forward, while ignoring the ‘Israeli’ occupation of Palestinian territories, has not been enthusiastically received in the Middle East.

Reactions to the 140-page document – which refers to “Palestinian society” rather than a state and makes no reference to Palestinian refugees – range from skeptical to outrightly rejected.

The Palestinians have boycotted both the plan and the Manama meeting, accusing the White House of attempting to “liquidate the Palestinian cause”.

But despite the fact that one of the principal parties to the conflict is now completely excluded from the process, Trump administration officials appear determined to forge ahead with their plans.

At the glitzy two-day event in Manama, one of the plan’s architects and US President Donald Trump’s son-in-law, Jared Kushner, used his PowerPoint presentation to outline how USD 50 billion would be deployed to jumpstart the Palestinian economy by creating jobs, reducing poverty and doubling Palestine’s GDP.

It didn’t even matter that no one seems to know much about where all this money would come from.

For Kushner, this is intentional departure from “conventional wisdom”. It’s no laughing matter either. He dismissed the mocking description of Trump’s plan as the “deal of the century” and said it is “better referred to as the opportunity of the century”.

But for whom, exactly? It can’t be the Palestinians.

The idea that businessmen like Kushner and Trump, who have repeatedly taken an unapologetically pro-‘Israel’ line, should be trusted to deliver a just peace is a joke that needs no punch line.

For the current leadership in both Tel Aviv and Washington, even a Palestinian state comprising the territories occupied by ‘Israel’ in 1967 is more than they are willing to accept.

Instead, the Palestinians are being offered the mere promise of money in exchange for their nationhood, their religious sanctities, and acceptance of life under occupation.

So, no, this is not an “opportunity” for the Palestinians.

This is an “opportunity” to showcase the normalization of ties between Gulf monarchies and ‘Israel’, as well as create the right conditions to remove the only real obstacle to rapprochement among Washington’s main regional allies.

That said, the Trump White House isn’t actually hoping to clinch a ‘deal’ with the Palestinians in the true sense of the word. Rather, Gulf leaders still fear popular backlash aimed at their now publicly cozy relationship with ‘Israel’, and they have to be able to blame the Palestinians for rejecting “the opportunity of the century”.

This doesn’t mean that the Palestinian cause is going away. But Palestinians are likely to be subjected to further marginalization, pressure, economic strangulation, and the tightening of the ‘Israeli’ occupation in the West Bank.

Bahrain’s Foreign Minister, Khalid bin Ahmed Al Khalifa, hinted as much when he sat down for his first televised interview with an ‘Israeli’ network this Wednesday.

Al Khalifa told ‘Israel’s’ Channel 13 that Palestinians made “a mistake not showing up” to the Bahrain conference.

And then he told the occupiers of Palestinian lands that they were the real peace doves.

When asked if an ‘Israeli’ prime minister would be landing in Manama in the foreseeable future, the Bahraini diplomat said, “We do want to see normalization.”

If it weren’t for Iran, we would already be friends

The secret ties between Tel Aviv and the Gulf monarchies date back many decades. They are now being thrust into the public sphere for a number of reasons, including the Trump presidency and the growing need for more open military, technological and economic links.

But the main motivation is their shared hostility and hatred toward a more powerful Iran.

In his interview with ‘Israel’s’ Channel 13, the Bahraini foreign minister claims that, “If it was left to the Arabs and ‘Israelis’, we would have been much closer to peace than today.”

“But Iran is exacerbating the issue with money and weapons and with soldiers of militias,” Al Khalifa added.

In other words, if it weren’t for the Iran-led Resistance challenging the ‘Israeli’ occupation of countless Arab states, the Palestinians and others would have little choice but to accept the sort of ‘deal’ that’s on offer today.

In the eyes of the Gulf monarchs, as well as policy makers in the US and ‘Israel’, this is of course Iran’s true crime.

This is also the type of “behavior” that American officials want Tehran to work on.

This is the context in which the current normalization of ties between Tel Aviv and the Gulf states is unfolding.

As Washington presses ahead with its “pressure campaign” against Iran, there is an awareness that the US needs to consolidate its position in the only part of the region where it still exercises any real influence.