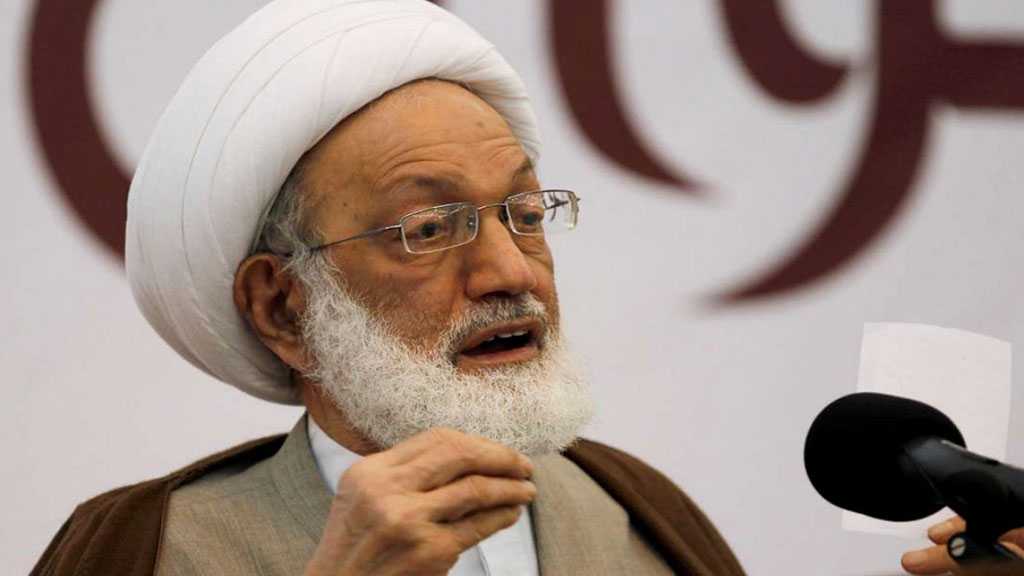 Qassim made the remarks during an address at a conference in the north-central holy city of Qom in Iran on Monday.

He further warned that the US scheme amounted to selling everything the Palestinians have, including Islam’s holy sites.

“Rejecting the deal means rejecting slavery and accepting freedom,” he added, noting that there was no choice for the Islamic world but to resist America's plans for Palestinians.

His Eminence said Washington's deal was a trial for Arab rulers to show their true colors.

In parallel, Ayatollah Qassim declared that the Bahraini people were against both the deal and the Manama conference.