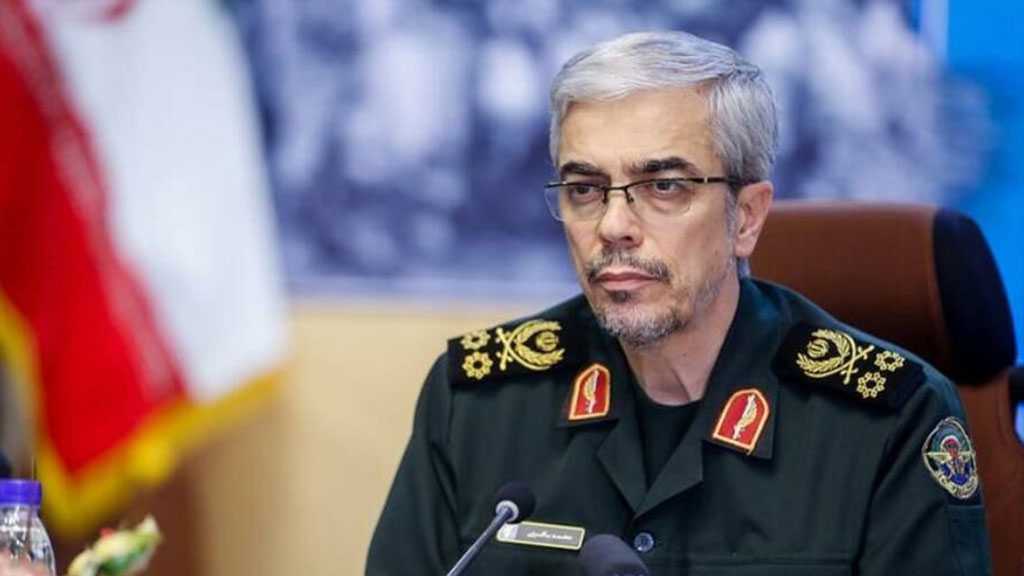 Iran’s highest-ranking commander dismissed the US’ allegations against Iran in the wake of recent attacks on oil tankers, stressing that Iran has the courage, unlike the deceptive Americans, to carry out plans to block oil exports from the Gulf overtly if it had such an intention.

In an address to a military gathering in Tehran on Monday, Chief of Staff of the Iranian Armed Forces Major General Mohammad Hossein Baqeri lashed out at the US and its cronies for accusing Iran of involvement in the June 13 attacks on two oil tankers in the Sea of Oman.

He further made it clear for the US and its cohorts that if the Islamic Republic of Iran ever decided to block the export of oil from the Gulf, it would overtly and openly implement such a decision by relying on the power of its Armed Forces.

Iran would never resort to deception or covert operations, unlike what the “terrorist and deceptive” Americans -who have made the world insecure- and their regional and international cronies are doing, Baqeri added.

The top general further emphasized that the Iranian military forces keep a close watch on all hostile moves “smartly, precisely and constantly.”

“If necessary, Iran will overtly, openly, powerfully and harshly counter the enemies of the nation and of the country’s national interests, and will safeguard them in an extensive area,” Major General Baqeri underlined.

Iran will never consider resorting to concealment or deception when it comes to protecting its national interests, because such considerations are shown only by weak countries, he underlined.

Baqeri’s reaction came after American officials accused Iran of being behind the attack on the oil tankers in the Sea of Oman.