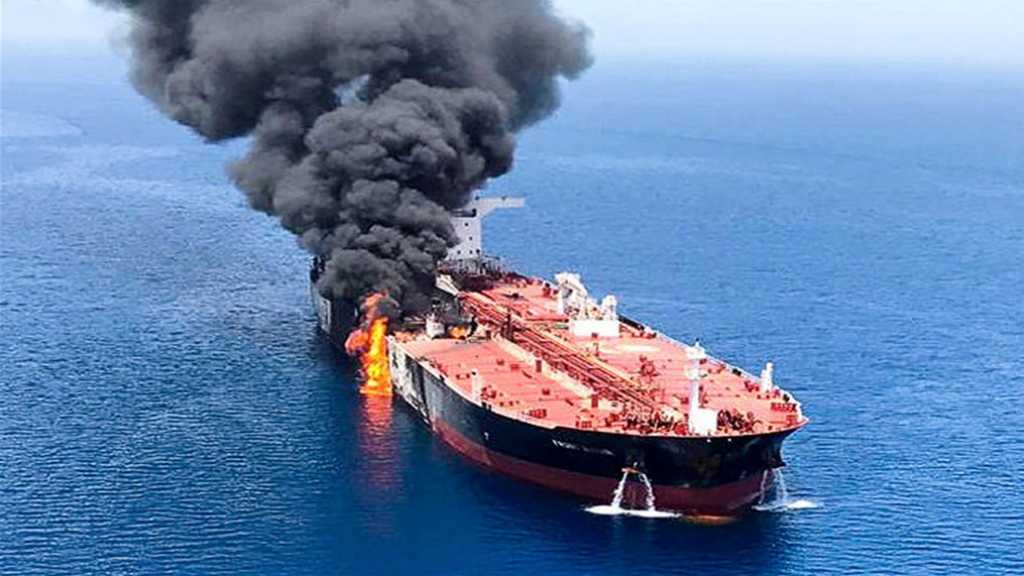 Japanese officials said Tokyo dismissed a claim by the United States that Iran attacked two oil tankers — both of them carrying “Japanese-related” cargo — in the Sea of Oman.

Japan’s Kyodo news agency cited informed state officials as saying Tokyo had demanded that Washington examine the case further, and that grainy video footage released by the US as supposed evidence was unclear and could not be used to prove anything.

One official said the Japanese government was not convinced by the material, which the official called “nothing beyond speculation.”

The official said Japan’s Foreign Minister Taro Kono had in a Friday phone conversation with US Secretary of State Mike Pompeo demanded more data in the case.

The Japanese-owned Kokuka Courageous and Norwegian-owned Front Altair oil tankers were struck by explosions near the strategic Strait of Hormuz on Thursday morning. Japan’s government said both vessels were carrying “Japanese-related” cargo.

Shortly after the two tankers were hit by the explosions, Pompeo blamed Iran. A day later, US President Donald Trump made a similar claim. Neither offered any evidence, and the footage that was released was said by US officials to show Iranian personnel removing an “unexploded” mine.

Experts said the explosions could have been false flags to implicate Iran at the time of a historic visit by Japanese Prime Minister Shinzo Abe to Iran, a first of its kind in more than 40 years. Abe was meeting with Leader of the Islamic Revolution His Eminence Imam Sayyed Ali Khamenei when the explosions happened.

According to Kyodo, a source close to Abe also said that the footage did not prove an Iranian attack.

Separately, a Japanese Foreign Ministry source said the attack being sophisticated was no reason to blame Iran. Such a characteristic, according to the source, could also implicate the US and ‘Israel’ — Iran’s main adversaries.

The Japanese operator of one of the tankers also said it had been hit by “a flying object,” not a mine.