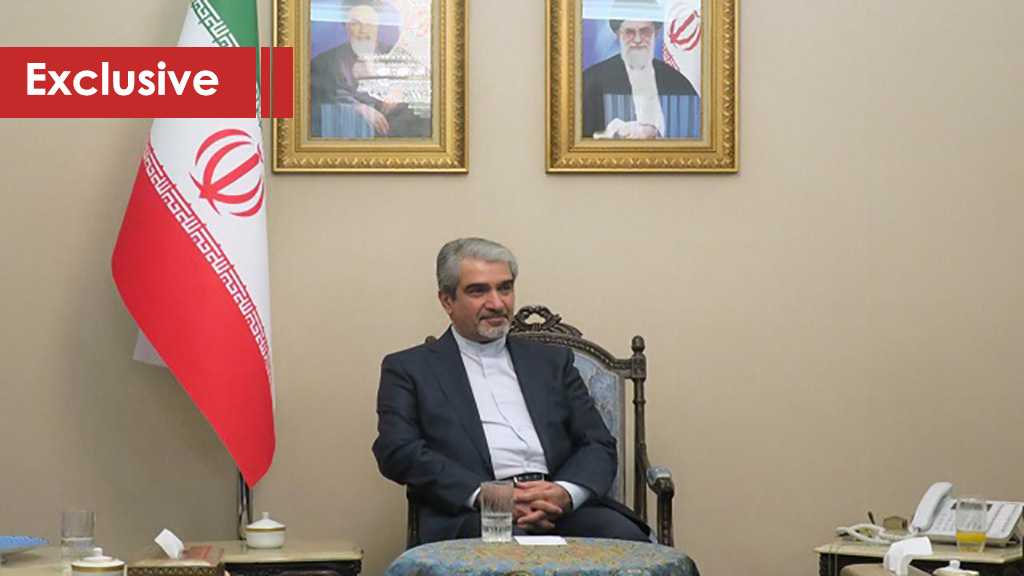 Damascus - The Iranian ambassador to Syria, Javad Turkabadi, explained that those who took part in International Quds Day commemorations shouted the slogan: "Towards al-Quds" in a call for rights.

According to Turkabadi, this is the main slogan of this great day.

“It is the slogan that has brought us all together in one march, God willing, towards liberation," he added.

Imam Khomeini initiated International Quds Day. It is held on the last Friday of the holy month of Ramadan to express support for the Palestinians and oppose Zionism and “Israel”.

In an exclusive interview with al-Ahed news website, Turkabadi emphasized the symbolism of unity among all Muslims on this acclaimed day.

"The symbolism is that we are united and agree on one approach and that we are victorious because we are right," he said.

The Iranian diplomat made the remarks while taking part in International Quds Day marches through the streets of Damascus. The processions were widely attended and included Sayyed Abu al-Fadl Tabatabai, the representative of Imam Khamenei, and various factions of the Palestinian resistance in Damascus.

Regarding the conference in Mecca, which held the Islamic Republic of Iran responsible for instability in the region, Turkabadi attributed the declaration to weakness and desperation.

"They know that they have failed,” he said. “They are shooting their last arrows. They cannot succeed in such a conspiracy, the so-called the ‘deal of the century’."

"Did they succeed in their previous agreements, such as the agreements signed with some Arab regimes, which came up with proposals that asked for peace, or did they think that Oslo would bring reconciliation among themselves and the enemies of the nation?" Turkabadi wondered, pointing to the failure they suffered throughout history.

The Iranian official confirmed to al-Ahed that "after every failure, those conspiring against the nation and their accomplices try harder. But every time, they fail."

He pointed out that "this time they brought Trump who thinks he can do whatever he wants.”

“He tries to impose his will everywhere. But this will is shattered by the nation and the good people who have confirmed that they will not surrender to evil and will continue on the path of Imam Khomeini and Imam Khamenei."