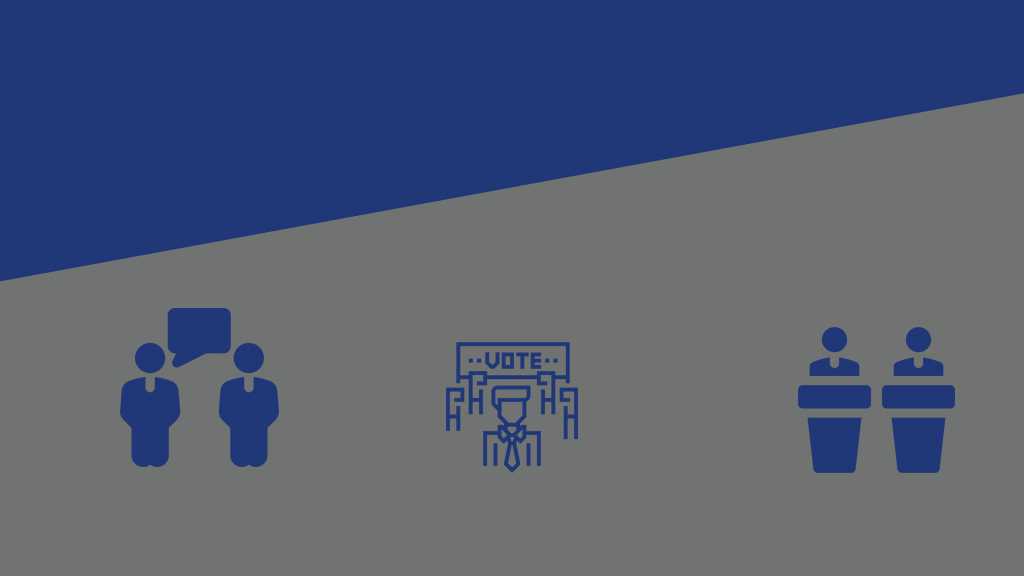 After seven days from the publication of the election results, the “Israeli” entity’s so-called president must assign the task of forming a Government to one of the Members of Knesset. He will do so after consulting with representatives of the Parliamentary Groups.

The Member of Knesset to whom the task of forming a Government was assigned has a period of 28 days to accomplish the task.

Once the Government is formed, the government will be headed by the Member of Knesset who formed it. 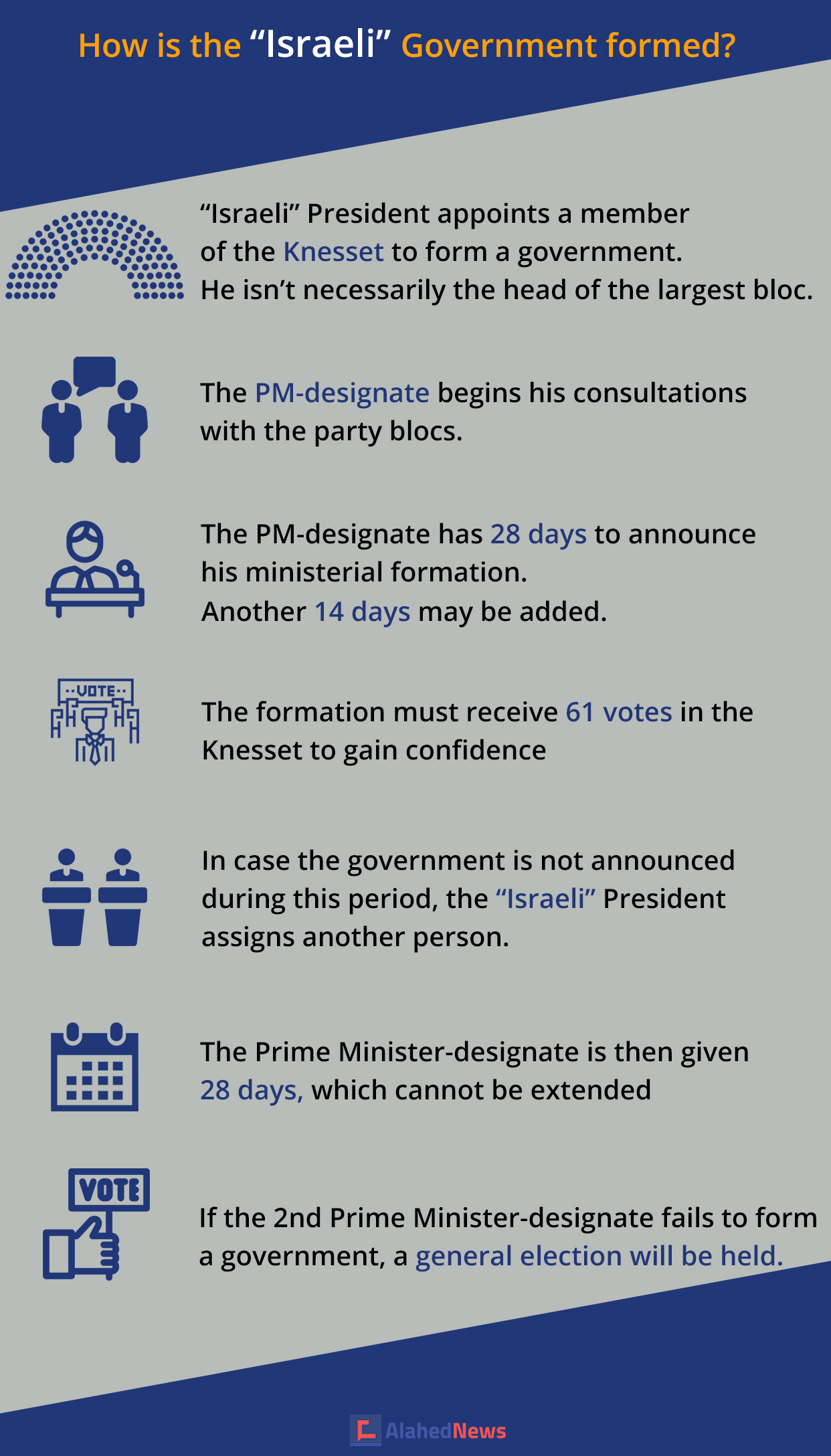