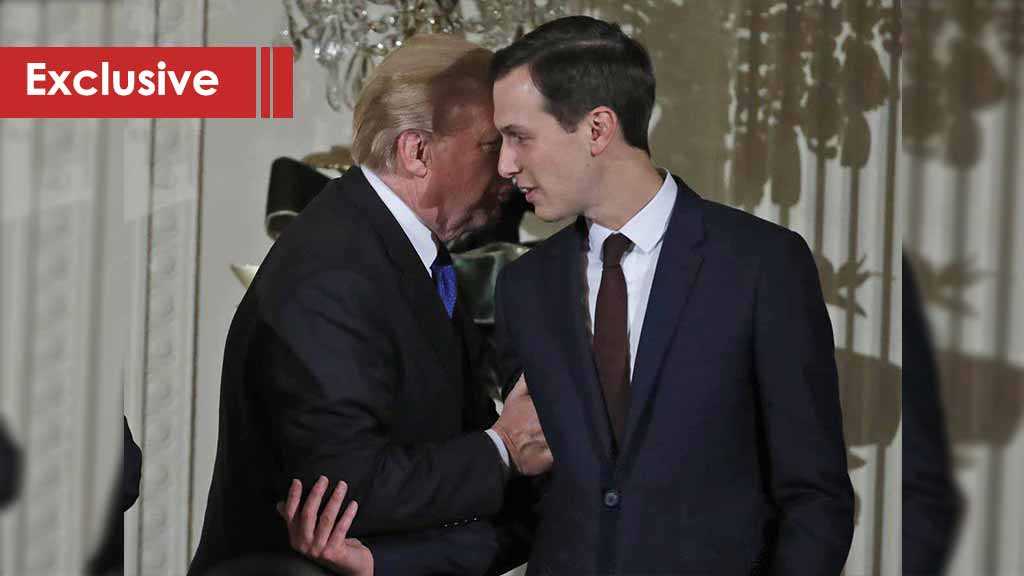 Tehran – There has been much talk in the press of US President Donald Trump’s ‘deal of the century’ which obviously will not include any good news for the Palestinians or the countries of the Middle East. Just recently, Trump recognized “Israeli” sovereignty over the long-disputed Golan Heights, seized from Syria in the 1967 Six Day War. By his move, Trump shoved Arab allies he’s counting on to back his peace initiative into a corner, especially that the Golan decision came after he had already angered much of the Arab world by moving the US Embassy in occupied Palestine to al-Quds [Jerusalem], and cutting off funding for a United Nations agency helping Palestinian refugees.

UN ambassadors from France, Germany, Britain, Poland and Belgium said in a joint statement that they don’t recognize “Israel’s” sovereignty over the Golan. The UN Security Council held a meeting last week in which nearly all members rejected Trump’s action. The Arab League closed ranks on Sunday against Donald Trump's move to recognize “Israeli” sovereignty over the Golan Heights, despite growing tensions between the 22 member states.

Media outlets anticipate that Trump will declare ‘the deal of the century’ before the end of April 2019, more precisely after the elections of the “Israeli” government. Some media sources revealed that part of the plan is that he will give the apartheid regime of “Israel” full control over Palestine’s West Bank and permanent presence in the Jordan Valley.

There is no doubt Trump will try to woo Egypt’s leader when President Abdel-Fattah El-Sisi visits Washington on April 9 next week, and for sure the American administration will try to justify the Golan policy to allies such as the Saudi kingdom to win back some support. But analysts say it’s unlikely that even Prince Mohammed’s support could help build broader backing in the Arab world especially as Palestinians do not seem to view the US as a traditional mediator anymore.

News outlets say that the “deal of the century” is still vague and its main components are yet to be disclosed. However, if we look carefully into the disclosed details so far, the deal seems to have already been revealing. Maybe there will be final touches but nothing much to notice. Trump and Kushner have been gradually revealing the plan. The relocation of the US embassy, the declaration of “Israeli” sovereignty over the Golan Heights, more control for the apartheid regime over occupied Palestine and stunningly the blatant bribery of Palestine and the countries of the region in the form of some 65 billion US dollars altogether in form of economic aid. Sarcastically, the bulk of the money would come from the region’s wealthiest states, so the US milking of Saudis and others continues. This is an effort to buy Middle East countries off to give up their national aspirations.

Some analysts who have spoken with White House adviser Jared Kushner disputed those specific figures, but agreed that it would involve tens of billions of dollars to those parts of the region. Kushner, Trump’s son-in-law, made a brief visit this week to rally US-allied Gulf Arab allies to support his still – unannounced Middle East “peace plan”. Kushner said in an interview on Monday that Washington would present the “peace plan” only after “Israel’s” election on April 9. The “Israeli” apartheid regime turned the plan into an election issue, with “Israeli” papers focusing on the topic and debating whether the plan is choreographed along with “Israeli” Prime Minister Benjamin Netanyahu and that whether it will be announced the next day after elections. Anyway that is not the core point of the discussion.

With all these matters being realized, the US is completing a checklist of “Israeli” right wishes with no consideration of anything that is good for the Palestinians.

The refugees question, the future of al-Quds; the future of illegal “Israeli” settlements in occupied territories; and the final borders of apartheid “Israel” and a Palestinian state all go down the drain with Kushner’s bribery of the century, with doubts Arab countries would agree to pay from their wallets to fund themselves and their neighbors. Also, there remains the fact that the resistance forces of the region have vowed that the only way to confront occupation is via resistance, and they are unlikely to back down.

Trump and his son-in-law’s plan has already revealed there will be no right of return to Palestinian refugees, no occupying “Israeli” settlements will be removed, more authority for the apartheid regime, normalization of occupation and silencing the region with bribes of economic support. The plan seeks to set up a regional alliance, including “Israel” and some Arab states along with the US, to fight those countries and non-state actors which reject American and “Israeli” policies in the Middle East. It also seems to expect the Palestinians to live in their la-la land of freedom and sovereignty and enjoy their enforced right to remain as refugees for as long as they live.

The Arab league has concluded that “Occupation is a crime and legalizing is a sin.” The question that remains is; will Arab leaders really take action when the US attempts to finish its checklist of the deal? If Trump’s foolishness unveils with more usurpation of Palestinian rights, this could be the beginning of a permanent decline of the occupying apartheid regime and of US intervention in the region. If not so soon, eventually the popular will shall rise and cause an irreversible paradigm shift and change the course of events in the Middle East.