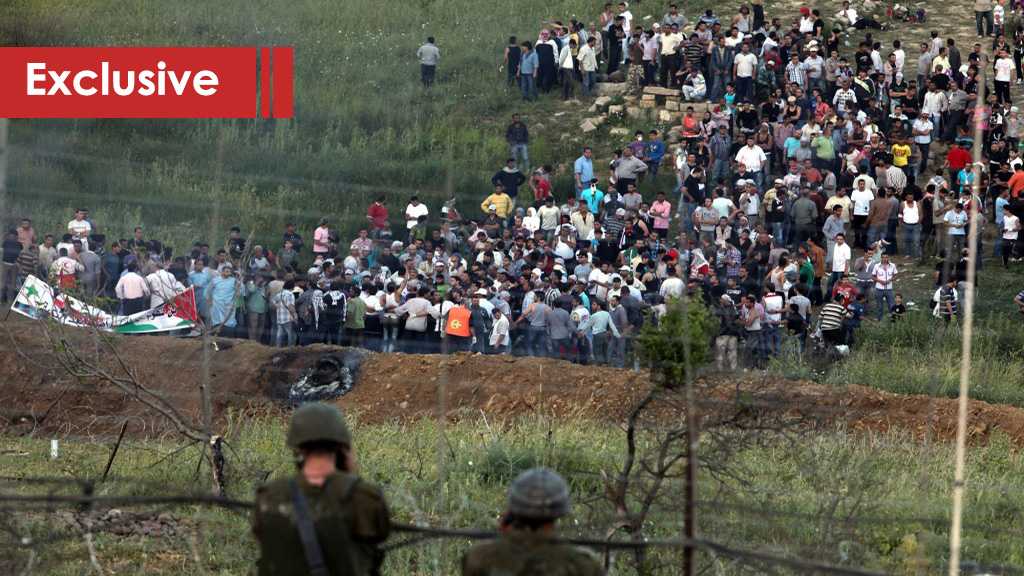 Beirut - Away from any context and based on the US President Donald Trump’s track of buying and selling everything in the market of politics, the man decided to sell the occupied Syrian land in Golan to the apartheid “Israeli” entity.

However, the price is paid by the Arab’s silence and some kingdoms’ surrender.

Meanwhile, a flag of resistance remains to be raised in face of the occupation despite pressure.

As a Syrian from the Golan, and as representative of the people living under occupation, Yahya Amer stresses that “following Trump’s US decision to recognize the occupied part of the Syrian Golan as “Israeli”, the choice of the armed resistance is now on the table.”

In an interview with Al-Ahed news, the former Syrian MP underscores that “the option of armed resistance could be the solution after the new US announcement.”

“The Golan is a Syrian territory occupied by “Israel”, nothing can change this truth,” Amer retreated.

The Golan Heights are officially recognized as belonging to Syria since the country gained independence in 1944. In addition, the international community continues to stress that this region belongs to Syria, given that was annexed by “Israel” since 1981.

“The United States and the Trump administration are disrespecting the international community and law,” Hezbollah Secretary General His Eminence Sayyed Hassan Nasrallah said. “The entire world is united in that the Golan is occupied land.”

He further stated that “international institutions are unable to protect any of the rights of nations, including their sovereignty.”

“The only option left to Syrians to take back their land -- and for Palestinian Arabs to achieve their legitimate rights - was “resistance, resistance, and resistance”.”

Calling this decision "null" and "without influence" on the internal Syrian arena, Amer raised doubts concerning the time of Trump’s step.

“Trump's decision is seen as a major boost to Netanyahu. I.e.15 days ahead of legislative elections in "Israel”,” he clarified.

As part of his election campaign, “Israeli” PM Benjamin Netanyahu declared that ““Israel will never give up” most of the Golan.”

“The people of the Golan are attached to their Syrian identity and have repeatedly demonstrated their support for the Syrian government and Syrian President Bashar al-Assad,” Amer went on to say.

In response, the Syrian representative emphasized that “the people Golan people cannot stand cross-handed after Trump's decision,” noting that “for years, these Syrians have been suffering from the Zionist occupation.”

“This decision comes to burst the situation,” he said.

In parallel, Amer stressed that “the situation is changing throughout the region.”

“The rise of the Resistance axis in the Middle East, at a time when the “Israeli” conspiracies are being clarified, forms a platform for the armed resistance in the occupied Golan,” he predicted.”

“Any resistance movement would be productive because the Resistance is always a just cause and justice always wins,” he concluded.