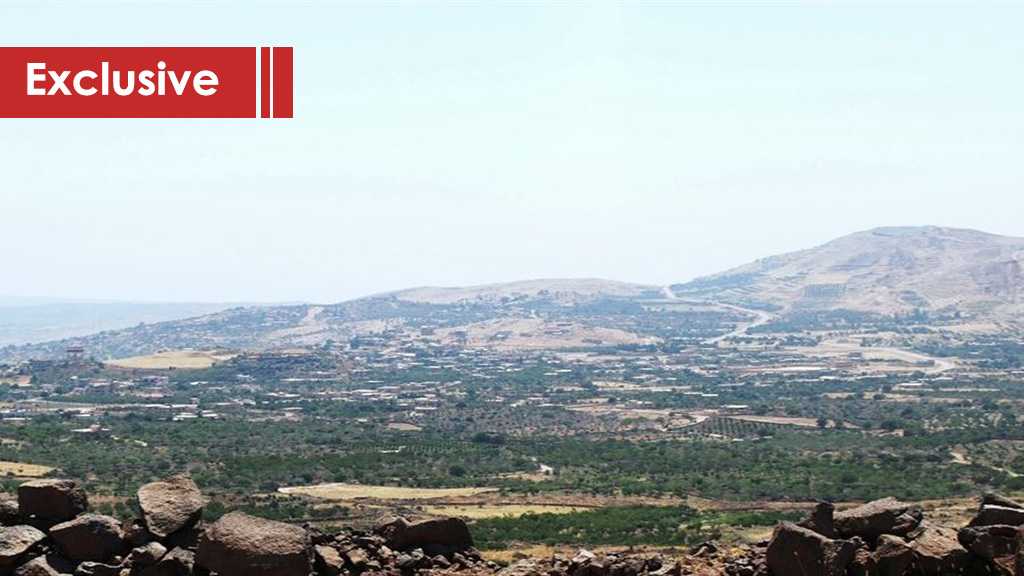 The events taking place in the occupied Syrian Golan [Heights] indicate that the axis of resistance must move effectively in order to thwart the fateful annexation decision. The popular movement of the residents in the area affirms their Syrian Arab identity. However, it does not seem sufficient to thwart the American-Zionist project, according to observers and analysts.

The head of the Golan affairs office of the Syrian government, Medhat Saleh, told Al-Ahed News Website that "the decision of US President Donald Trump to impose the sovereignty of the Zionist entity on the occupied Syrian Golan will push the enemy to build settlements, oppress the residents of the Golan and put pressure on them to judaize the occupied area. This recognition is releasing the Zionist hand with US moral, material and media support to consolidate the occupation."

"Thwarting the Zionist-American project to judaize the Syrian Golan requires major escalatory steps from the axis of the resistance, the Syrian state and the Syrian people. It is done through developing a program to move at all levels in order to thwart the occupation project and to assure the whole world that the Golan is Syrian and an integral part of our country," Saleh added.

The enemy has established 23 water complexes in the Golan that supply the occupying entity with huge amounts of water. There are also dozens of companies and factories that manufacture military and electronic weapons for the Zionist air force. Moreover, the agriculture in the region benefits the “Israelis” with fruits and vegetables. The Golan also attracts more than three million tourists each year, benefitting the enemy with more than six billion dollars. As such, the occupied Golan constitutes a food and tourism basket, according to Saleh, who confirmed to Al-Ahed that "the Zionist enemy will establish the annexation law to complete these procedures in order to exploit the natural resources in the region."

Saleh stressed that the only solution to expel the Zionist enemy from the occupied Golan is through the resistance.

"What Hezbollah did in 2000 and 2006 when it launched heroic campaigns against the enemy’s army and expelled it from southern Lebanon must be repeated. The popular movement of the people in the Golan confirms the Arabism of the region, but it is not enough to thwart the fateful annexation decision," he concluded.