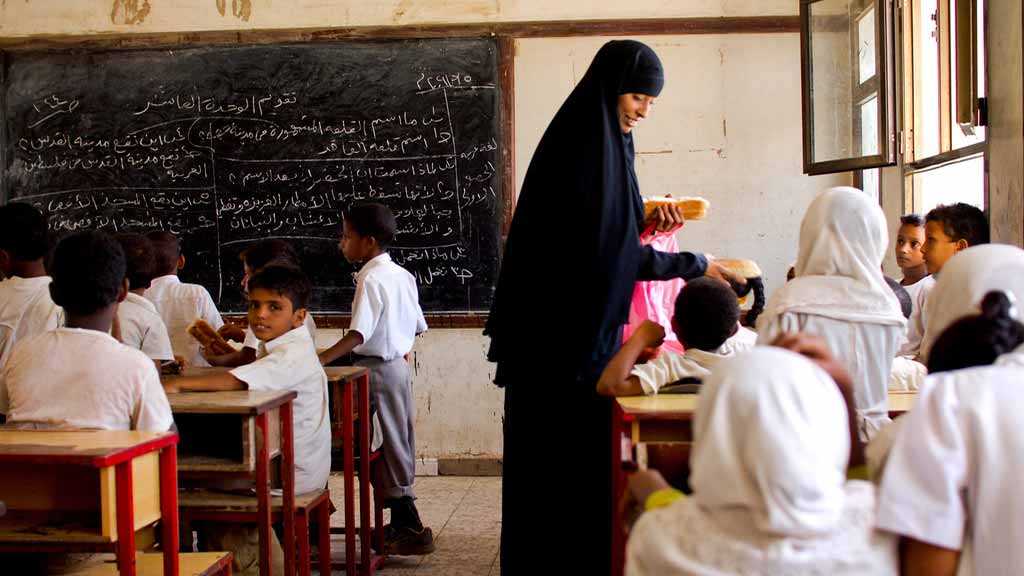 In Yemen, 24 million people need humanitarian assistance and protection. Of them, 17.8 million people lack access to safe water and sanitation. As a result, people are resorting to unimproved water sources and lack adequate sanitation. This increases the risk of diarrheal disease, which in turn leads to deteriorating nutritional status and, in some cases, greater risk of death. Although trucked or bottled water may offer relatively safer water sources, prices have risen considerably – up to 45 per cent in some areas.

But not having access to clean water impacts not just people's health, but their ability to lead a normal life. Rashad, a villager Najd Al-Barad, tells us that his village had seen many instances where women had to leave the house to bring water for their family, often leaving babies unattended. Because the journey is often very long, they would come back to find that their babies had passed away. Similarly, young children are often forced to help their parents carry clean water and every day, and as a result they often miss school.

The Yemen Humanitarian Fund (YHF) has been providing vital funds to local partners to bring clean water to local communities. On World Water Day, Amani and Abdullah's story tell us how access to clean water can be truly life-changing.

Amani [1] is a 9-year old girl from a marginalized group living in Shareef, a village of Alzubia which has been hit by drought most of the year and is far away from the nearest water well. People use donkeys or travel long distances on foot to fetch water.

Amani told us how she would feel sad seeing young girls wearing school clothes and laughing on their way to school while she was walking long distances with her daily companion, the family donkey, to look for water: “If my family did not need me to collect water every day, I could go to school and prove that marginalized people can study and succeed like the rest of the children”.

But things for Amani have changed. Her village was one of those selected by Al-Atta for Relief & Development (ARD), a Yemen-based development association, to be equipped with water networks thanks to funding from the YHF. A representative from ARD explained to Amani that the project would bring water to the village and promised her to help her enroll in school despite her late age. Amani was shocked and did not believe this was possible.

During the project implementation, ARD staff got in touch with Amani’s family and the village school, and they were able to persuade the school to accept her as a regular student. Amani is now studying in the first grade and no longer dreams of wearing school uniform and going with her classmates on the school road. Now her dream is to continue studying as a doctor in the future to prove that marginalized girls can do just as well as other girls.

“My wife and children used to spend most of the day going back and forth carrying heavy buckets and jerry cans filled with water on their heads or on our poor donkey”, Abdullah [2], 50 years-old and father of nine children, told us. He lives in the Najd Al-Barad village, Al-Maqatera district of Lahj governorate, and they did not have direct access to clean, potable water.

“My children could not go to school because they were too busy helping us bring water to our house for our basic needs”. Because men would be busy working most of the day or in other governorates looking for job opportunities, women and children would be the ones carry the burden of walking about three-hours distance to bring the water. Things changed with the intervention of Nahda Makers Organization (NMO), a humanitarian organization operating in Yemen.

The village of Najd Al-Barad, where Mr. Rashad and Mr. Abdullah live, was one of the areas where NMO, with funding from the YHF, rehabilitated water systems. NMO replaced the old submersible pump, rebuilt the diesel generator and provided all needed equipment to restore the network. Most importantly, NMO established a community water committee and trained its members to manage, operate, and maintain their water supply scheme to ensure the sustainability of the project.

Now, more than 13,000 people have direct access to water. “Finally, the water reaches my house and all of my children go to school”, Mr Abdullah told us. "The water reaches most of the villages in Najd Al-Barad and the people can now go on with their lives without worrying about going back and forth from one village to another in order to fill a 10-litre jerrycan".