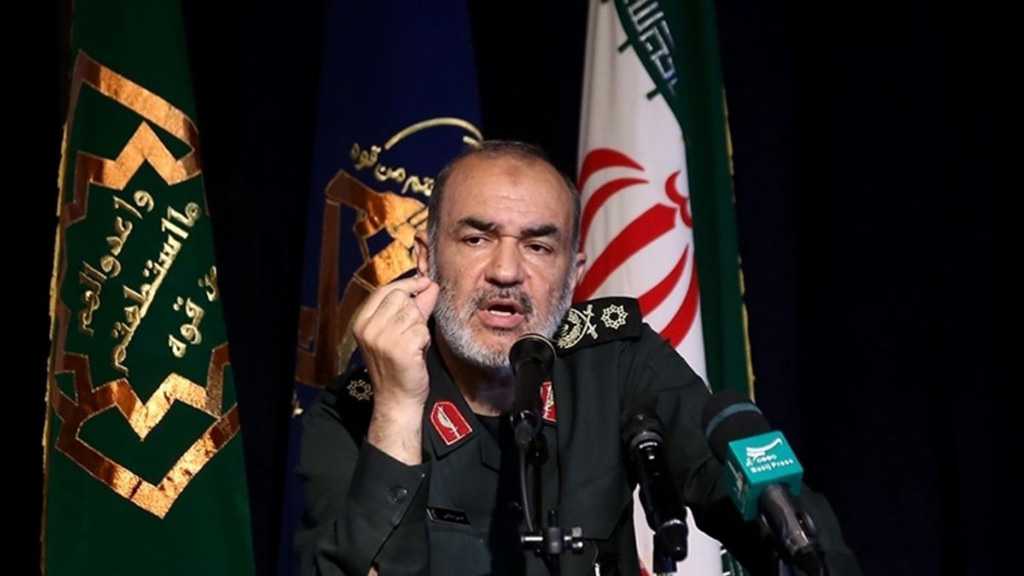 The second-in-command of Iran’s Islamic Revolution Guards Corps [IRGC] slammed Saudi Arabia as “the heart of evil” in the Middle East region and the entire world as well, emphasizing that the Islamic Republic has been making plans for defeating its enemies and avenging the blood of its terror victims.

Speaking during a ceremony commemorating the victims of a recent terrorist attack in southeastern Iran on Tuesday, Brigadier General Hossein Salami warned that the assault, which was carried out by Saudi-backed terrorists, is not just one isolated terrorist incident; rather, it stems from “a dangerous strategy” which has emerged at the global level.

Iran’s IRGC forces “have been standing up to the ominous triangle of the US, the Zionist regime and the regional Arab reactionary governments, and that is no easy task,” Salami said.

“Today, Saudi Arabia is the heart of evil in the region and the world,” the IRGC official added.

Last week, an explosives-laden car rammed into a bus in Iran’s Sistan-and-Baluchestan Province, killing 27 IRGC personnel and wounding 13 others.

The so-called Jaish ul-Adl terrorist group, based in Pakistan and linked to al-Qaeda and the Saudi regime, claimed responsibility for the bombing.