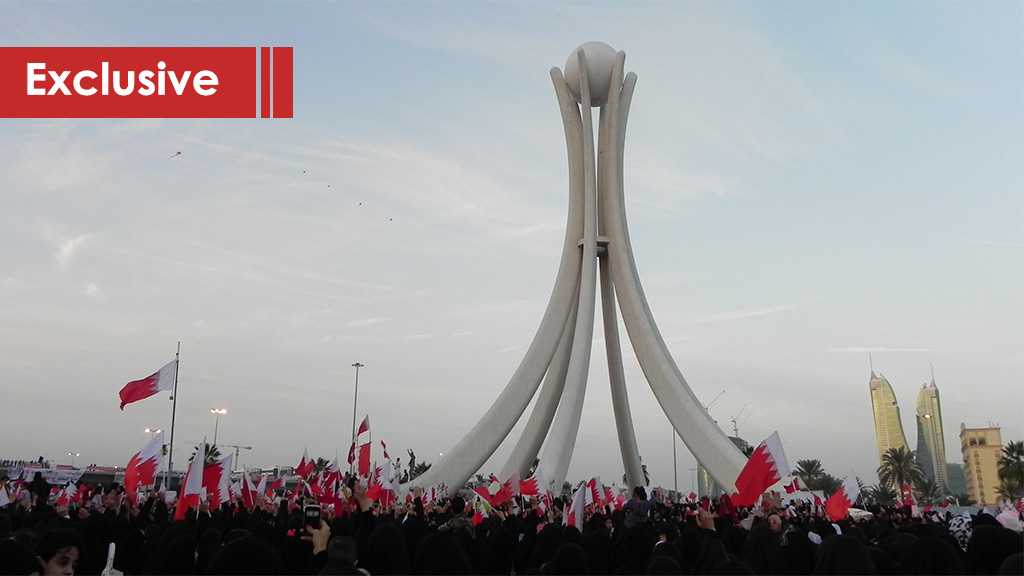 With every anniversary of an uprising against oppression, a person recalls a glimpse of hope that the winds of change are blowing again.

Bahrain, the country of Shia-majority ruled by Sunni-minority, was a platform for peaceful popular demands back on February 14 of 2011. Today, there is nothing more honest than the words of those who lived the revolution, its early days, and the impressions they made as such time has passed over the first day since its birth.

In an exclusive interview with al-Ahed News, Sheikh Abo Yasser Abdullah al-Saleh, Deputy Chief of Bahrain’s Islamic Work Association (Amal), listed the many achievements of the revolution atop of which is the clear popular alignment against the oppressive and dictatorial authorities that is a major achievement in Bahrain. 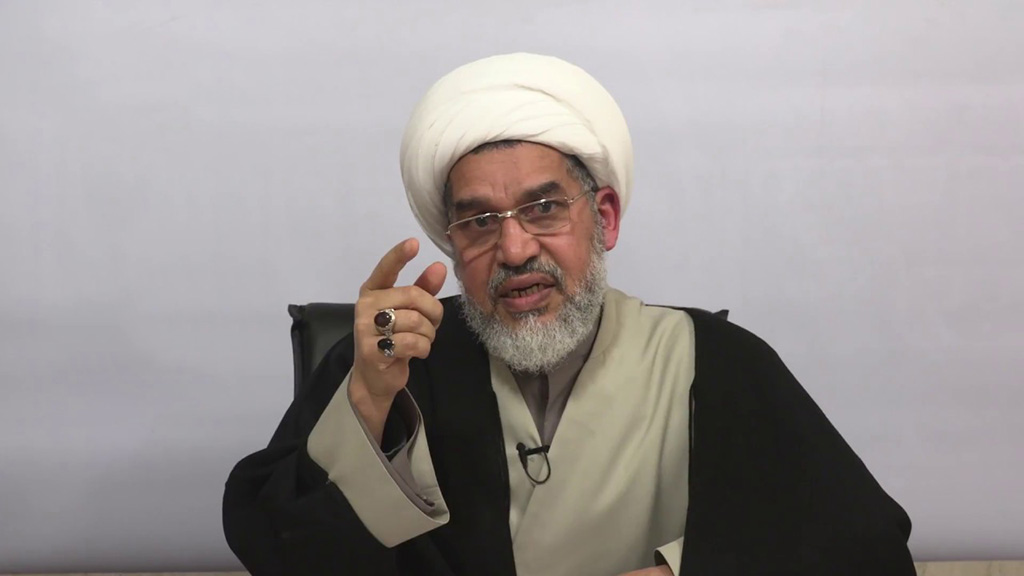 “The opposition in Bahrain is deep-rooted, it is nothing new, but the current impression is that the opposition is something new.”

In the 1980s, before and after the victory of the Islamic Revolution, demanding to topple the Al Khalifah regime was a fantasy. Now, however, there is a sort of popular agreement that this family should be changed because it doesn’t deserve to rule the Bahraini people, and that the Bahraini people deserve more just government, that is finer, more aware of the demands of peoples and more independent, afar from any foreign and western alliances.

Additionally, in Bahrain, there became a clear orientation and understanding by all parties that it is necessary to establish a just democracy through inclusive elections that get rid of all kinds of tyranny and appropriation as well as ties to the foreign colonialism practiced by Al Khalifah.

The revolution was able over 8 years to draw attention that there is a major determination by the Bahraini people to reach their rightful and legitimate demands and that it is never possible to play the minds of people and deceive them just like what happened during the 1990s uprising.

“There is total agreement that this authority in untrustworthy and can’t be dealt with by any means, even if it still controls the country.”

Another achievement is uniting the local lines and tending to a true change which wasn’t clear in the past era. This revolution has serious tendency to change the country’s status and make a true shift that suits the Bahraini people.

The Al Khalifah authority treat the opposition as if it is a zero. It is oppressive and try to kill any activism before it is born.

“The glow of revolution didn’t change.”

It is true that the protests in which the majority of people used to participate are not happening now. The figures and major symbols who used to participate in the protests are not there, but the movement itself didn’t stop, even if the momentum has decreased. There are still protests and demands in some places. There are also detentions, since the beginning of the revolutions, detentions didn’t stop. If the authority claims that it has got rid of the revolution, then why it is still carrying out the non-stopping arbitrary detention campaigns.

There are some 930 people, including clerics, symbols, academics, youth and citizens, whose citizenships have been revoked. More than 7824 people are detained by the authority, and the number is still climbing. We sacrificed more than 200 martyrs, scores of victims and thousands of displaced people. But the Al Khalifah authority couldn’t, through all this, to prove that it has got rid of the February 14 revolution. The revolution is being renewed in different ways and remains with the same slogans and demands.

The most important among all is that the Bahraini people didn’t retreat any of its legitimate demands. And the latest statement made by His Eminence Sheikh Isa Qassim was a clear evidence that this people didn’t and will not compromise.

The Bahraini people is not a violent one. The people of Bahrain are known for love, peace, mercy, generosity, containing others and coexisting with them.

The rightful demands the Bahraini people are asking for are not new for any people, they are rather part of their basic due rights whether by understanding or another mean. When the Al Khalifah denies the people their rights, it must expect that the people won’t remain silent. And now, they insist to fulfill their demands.

For our people, we would like to stress that the international situation in this particular anniversary is on our side and it is not on Al Khalifah’s and Al Saud’s. They were previously more arrogant and stronger, but the situation in the entire region now carries the promises of a near victory, by God’s willing. It carries the promises of a change in the regional map. The Bahraini people tolerated over many years, but the less has remained. The Al Khalifah authorities are in a bad situation while the morale, practices and rights of our people are way stronger than ever before. The legendary endurance presented by the Bahraini people over the past years is able to drive them towards fulfilling their demands. It is matter of a little patience and we will reach our goals.

We are demanding democracy and inclusive elections in which the source of authority and sovereignty should be the Bahraini people. We only need to be a free people in an independent state.

Normalization is nothing new. It has existed since before, at least all Gulf states, most Arab and Muslim countries related to the west, whether the US or the UK, have sorts of ties with the “Israeli” entity. However, ties today became public. What has been under cover, became today public.

Exchanged visits weren’t born recently, they are since the 1950s but they were low. The King Saud’s condition for the UK was that ties with the Zionists should be secret. Today, however, the Zionists set their condition that any price should be paid in exchange of public relations. This is the reason why we notice today public relations whether with the Al Saud or the Al Khalifah governments or others. Zionists now insist on publicized ties, this is why we are witnessing them on the surface.

In the past, the colonial scheme tried to indirectly run its issues in the region. But now, it is being faced by the peoples of the region, which are looking for their interests and trying to build their future the way they want. This is why the government now cannot fulfill the task and this explains with the Americans and the British are coming to the region repeatedly, weighing more and intervening much than before in the country’s internal affairs which is exposing those governments’ betrayal.

For his part, Bahraini Journalist Hussein Youssef recalled some painful and emotional spots from the time of the revolution’s first days: 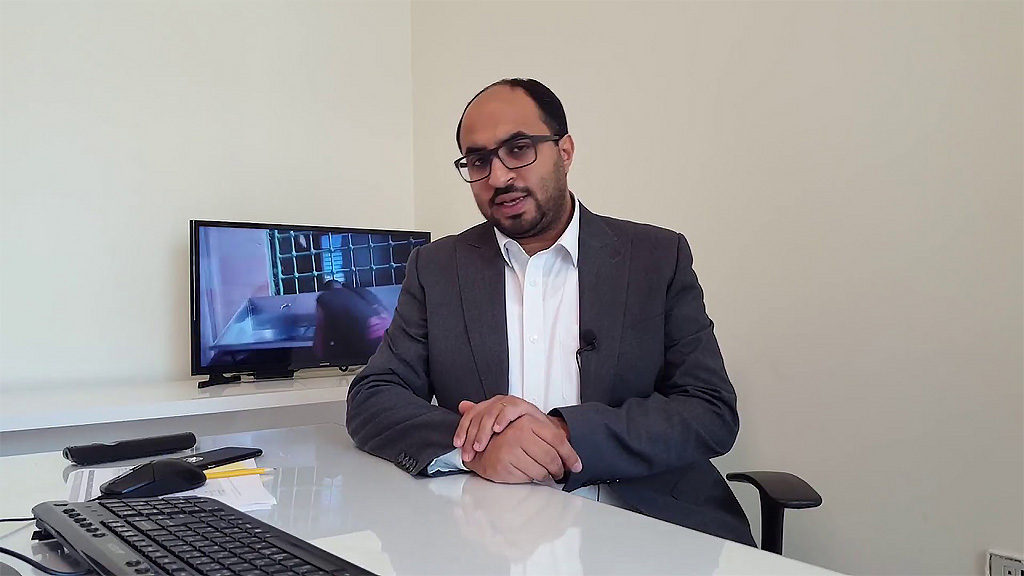 Among the most significant of the scenes of the February 14 revolution I recall is the youths’ advance as they were topless against the Bahraini army’s tanks that were supposed to protect the protesters and civilians, however, they were directed towards them and killed martyr Abdul Rida Bou Hmayyed. This scene would never be erased from the Bahrainis’ memory.

Another scene that I could never forget over seven years of the revolution is that of revoking the citizenship of Ayatollah Sheikh Isa Ahmad Qassim and the Imam Hussein-inspired speech delivered by Sayyed Maji al-Mashaal.

In between the two scenes, there is the very important event when Sheikh Ali Salman addressed the Bahraini people as the ‘Peninsula Shield forces’ entered the country. He referred to their behavior as defeatist and called the Bahraini people for sticking to peaceful activism until achieving its fair demands.

“Regarding the presence of the Bahraini issue in media, the activism is actually peaceful, political and rightful. There is no direct presence on which media can feed as it wants.”

However, there are other media outlets that are trying to turn a blind eye to the reality of the Bahraini people for certain political goals and reasons. They want to blind what is happening in Bahrain, and most of them are pushed by Saudi and American motives. This is something constant for us. An evidence is that many political and rights events, major protests, political speeches and stances issued by the Bahraini opposition are blinded by such paid outlets.

I don’t believe the regime has succeeded in silencing the opposition. Now, everybody confesses that there is a political crisis in Bahrain. The important evidence on this is that the leader of the opposition His Eminence Sheikh Ali Salman is in prison and sentenced to life. This firstly means that the political crisis in Bahrain will remain as long as such symbols and figures, atop of them is Sheikh Ali Salman, stay in jail. Hence, the opposition movement is non-stopping in different forms and during different circumstances. It is sometimes in Australia, another time in Bahrain… the movement is represented by the rights and political conferences held by the opposition at home and abroad. In conclusion, even if the regime had security-wise tightened the grip on the opposition movement, this doesn’t mean that it will be able to cancel the presence of the opposition and the popular demands.

There are huge numbers over the 8 years of revolution. There has been more than 40.000 protests, in addition to more than 5000 prisoners in Bahraini jails. This number makes Bahrain the most crowded country with political prisoners in the Arab world as per comparison to its population. There are also violations against journalists. Over 8 years of revolution, there is more than 25 years of imprisonment sentences against activists and journalists and even politicians who expressed their opinions. The law is very ‘flexible’ since whoever express their opinion via Twitter are subject to ‘anti-terror’ crimes for opposing the authority.

“All what happened over the previous period (8 years) is a motive for Bahrain to continue.”

The words of Sheikh Ali Salman and Ayatollah Sheikh Isa Ahmad Qassem say there is no way for retreat, and it is necessary to continue with strength and determination to fulfill this people’s demand for reform.

“I do believe that what is waiting the Bahraini people is way better than what the authorities are practicing.”

There is no room for political settlement and fulfilling the national demands without democracy and respecting citizenship in Bahrain, he concluded.