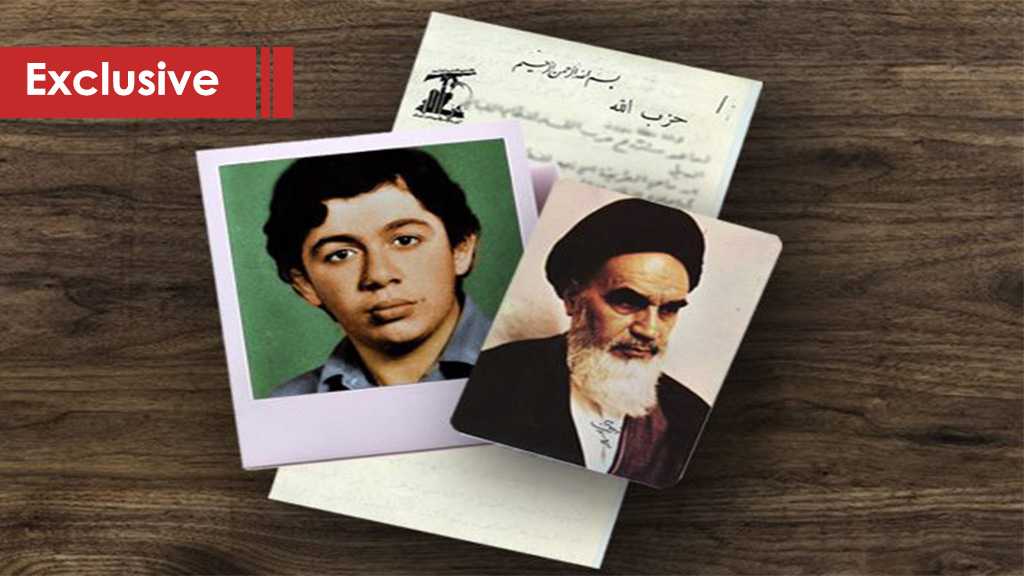 He came up with an idea and fulfilled his joy by defeating the Zionists.

What did Ahmad do before executing the operation and what were the circumstances that accompanied it?

"Machine guns and rocket-propelled grenades will not destroy this building. It needs something that would completely destroy it."

Martyr Ahmad Kassir confided these words to one of his friends while they passed by the Azmi building in the Jal al-Bahr area in Tyre. The building housed the headquarters of the “Israeli” military governor. It was just an idea he had since the Zionist enemy occupied southern Lebanon in June 1982. That idea then grew into a proposal that he presented to officials from Hezbollah. It entailed him blowing himself up in the Azmi Building. By doing so, he became the prince of the self-sacrificing martyrs.

Whenever he saw the enemy’s aircraft violating the airspace in southern Lebanon, he would say, "Your turn will come soon, God willing."

Thus, Ahmad began preparing to defeat the Jews. He was rushing things fearing that he might miss his opportunity. Yet, he did so without any changes in his behavior that would indicate that he is on a path to martyrdom.

People close to him described him as cheerful and happy. No one could have imagined that this young man had the spirit of martyrdom in him. At the same time, he continued with the acts of worship, especially reading the Quran and performing Salat al-Layl [Night Prayer].

Those who knew him spoke about his patience. Some said that prior to the execution of the operation, he stayed alone in one of the houses for two weeks. Due to security concerns, he was unable to use the heating or even the lights. Yet, he bore the cold and dark. He prayed to God to bestow him with victory and martyrdom.

He spent his nights, all the way to the last one, in worship. As dawn approached, he performed Ghusl al-Shahada [bath of martyrdom]. Due to the necessities of the execution, he performed the Morning Prayers in the car, which was driven towards the target with his determination and faith.

God has men who will what he wills. The large number of dead and wounded among the ranks of the Zionists was, first and foremost, the result of divine care. The operation was postponed for two days due to several reasons. On the night of the execution, it rained heavily and forced “Israeli” soldiers housed in tents to take cover in the Azmi building. They remained in the building all night and left the second day as stiff corpses and torn body parts.

One of the coincidences that came under the auspices of God Almighty is that days before the operation, the Zionists transferred the Lebanese detainees to the roof of the building after placing barbwire around it. Instead of using one of the floors below, the rooftop was transformed into a prison. When the explosion struck, the building was flattened and the roof was reduced to the same level as the ground below. Most of the Lebanese detainees were safe and sound. They were able to escape. Those who found themselves in the interrogation rooms at the time of the blast were martyred.

Ahmad Kassir drove his car slowly with a great deal of courage and trust. Moments before his arrival, one of the Zionist soldiers moved a vehicle blocking the main entrance. The martyr was meant to enter through that entrance. Another soldier lifted the shutters of the door. Thus, Ahmad’s way to martyrdom was cleared of any obstacles. He was able to defeat the Jews at a time when they were perceived as invincible.

And so Ahmad got his wish that always used to utter, "my greatest joy is that, God willing, I will inflict losses on those Jews the way they harmed our dignity and our people."