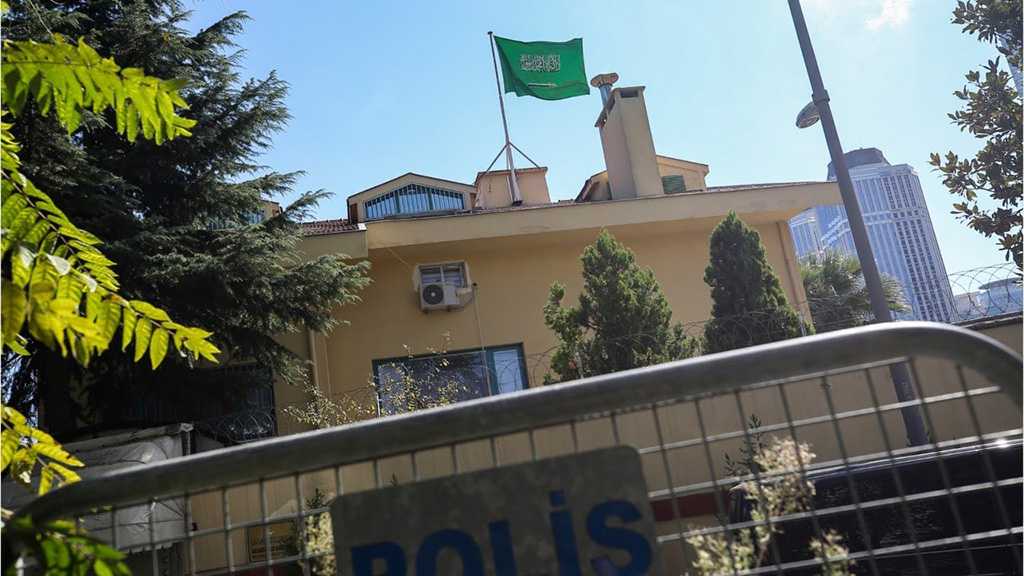 UK officials have begun drawing up a list of Saudi security and government officials who could potentially come under sanctions pending the outcome of investigations into the disappearance of dissident journalist Jamal Khashoggi, a source close to both Riyadh and London told The Independent.

The list being drawn up by the Foreign and Commonwealth Office could be used in case the UK decides to invoke the “Magnitsky amendment,” passed this year, which allows Britain to impose sanctions on foreign officials accused of human rights violations, or to apply restrictions on Saudi trade and travel in coordination with the European Union.

Asked to confirm or deny the drawing up of the list, the Foreign Office said it “had nothing to add” to the Khashoggi matter other than comments the foreign secretary, Jeremy Hunt, made on Thursday.

“Across the world, people who long thought themselves as Saudi’s friends are saying this is a very, very serious matter,” said Hunt. “If these allegations are true there would be serious consequences.”

According to The Independent, the source, a former government advisor, they were briefed by a UK intelligence official and others. “Initially this was a position-paper scenario,” the source said. “Now it is definitely being looked at as a real possibility.”

News of escalating international consequences for Saudi Arabia came as The Washington Post reported that Turks had played US officials audio and video recordings suggesting Khashoggi was tortured and murdered inside his own nation’s Istanbul consulate during a routine 2 October visit.

The Post, for which Khashoggi wrote a regular column critical of the Saudi leadership, also reported that the US had intercepted chatter among Saudi officials discussing plans to lure Khashoggi back to the kingdom. Saudi Arabia has called the allegation it harmed Khashoggi “baseless”.

The possibly gruesome death of Khashoggi at the hands of 15 Saudi security and intelligence personnel dispatched from Riyadh to Istanbul has been discussed by UK cabinet ministers, the source said. “Instructions were given to Treasury and others to identify potential targets for sanctions if it is necessary, which I now am told has geared up considerably in the past 48 hours,” the source said.

On Thursday, Hunt had called for Saudi Arabia to “find” the veteran journalist. “If the Saudis want to bring this to a satisfactory conclusion then we need to find Khashoggi,” he said. “If they are saying these allegations are not true then where is Khashoggi? I can’t see him anywhere and that is what is causing worry.”

President Donald Trump has said he plans to discuss the disappearance with King Salman of Saudi Arabia. “I will be calling, I will be calling at some point King Salman. I’ll be speaking to him yes,” Trump told reporters in Ohio, where he is attending campaign events. “We're going to find out what happened,” Trump pledged. “It is potentially a really, really terrible situation, so we'll see what happens.”

Khashoggi is believed to have visited the Istanbul consulate at least twice before 2 October, with sources saying that Khashoggi’s appointment was likely pushed back until that date. One Turkish official told The Independent that the audio and video recordings show that Khashoggi was assaulted and killed soon after entering the consulate.

Khashoggi was known to Western intelligence services, although that may have been linked to his job as a journalist. He did have a long-term relationship with Saudi intelligence, with Khashoggi having worked as an advisor for Prince Turki al-Faisal after being sacked from his job at the Al Watan newspaper in 2003. Prince Turki al-Faisal is a former head of Saudi Arabia’s General Intelligence Directorate, who also served as the Saudi ambassador to Washington from 2005 until the end of 2006.

“France asks that the facts be clearly established and that all those who can contribute to the truth fully contribute to it,” the country’s foreign ministry spokeswoman Agnes Von der Muhll said in a statement. “The charges brought against them require that they be transparent and provide a complete and detailed response.”

The state-run Saudi Press Agency (SPA) confirmed on Friday that Riyadh had formed a joint team with Turkey to “uncover the circumstances of the disappearance” of Khashoggi.

The kingdom “has complete confidence in the capacity of the team”, SPA added, citing a statement by a Saudi spokesman.

Khashoggi’s disappearance has soured relations between Saudi Arabia and many of the media and corporate leaders seduced in recent years by Crown Prince Mohammed bin Salman, the brash 33-year-old who is the kingdom’s de facto ruler and who has vowed to modernize the country.

On Friday, CNN, Bloomberg and the Financial Times announced they were pulling out of sponsorship of an upcoming elite business conference in Riyadh. The New York Times and The Economist had already pulled out of what had been dubbed “Davos in the desert” pending answers about Khashoggi’s whereabouts.

However, the conference will proceed with a spokesperson saying in a statement that the withdrawals from the Future Investment Initiative were “disappointing”.

“Whilst it is disappointing that some speakers and partners have pulled out, we are looking forward to welcoming thousands of speakers, moderators and guests from all over the world,” a statement said.