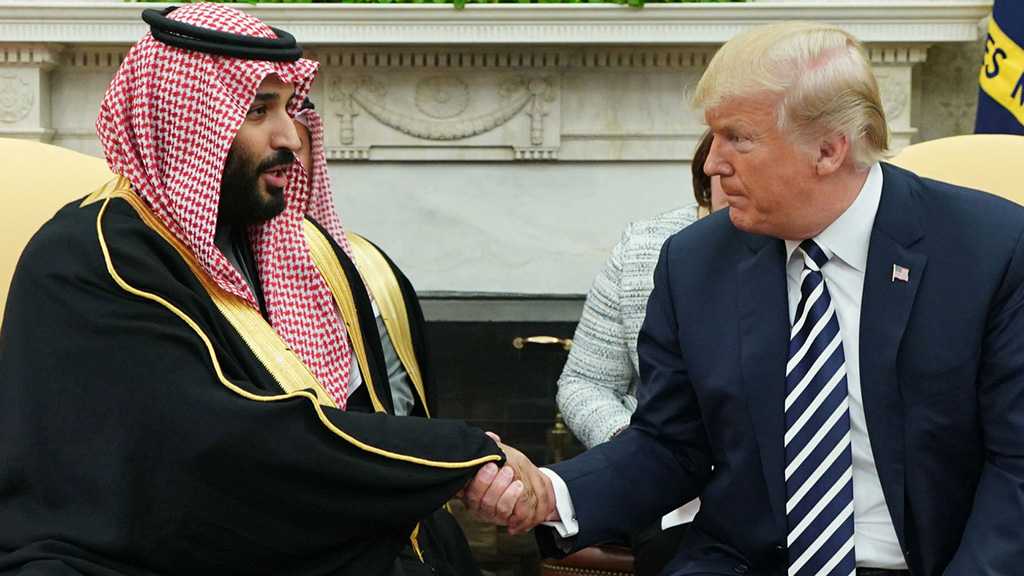 US President Donald Trump said he is not willing to throw away billions of dollars in military deals with Saudi Arabia over the suspected murder of a prominent Saudi journalist at the hands of the Riyadh regime’s death squads in Turkey.

“What good does that do us?” Trump asked, speaking to reporters in the Oval Office on Thursday, nearly a week since Jamal Khashoggi’s mysterious disappearance after entering the Saudi consulate in the Turkish city of Istanbul.

“This took place in Turkey and to the best of our knowledge, Khashoggi is not a United States citizen,” Trump added, brushing aside the fact that the journalist lived in the US.

Concerned by Riyadh’s record of continued disregard for the right to free speech, several American lawmakers have asked Trump to pressure Riyadh until it comes clear about Khashoggi’s fate.

The most direct call for punishing Riyadh came from Republican Senator Rand Paul, who wrote in a tweet earlier in the day that the Saudi killings of dissidents and opposition journalists won’t stop unless the US stops “arming and assisting” Riyadh.

“I would not be in favor of stopping a country from spending $110 billion — which is an all-time record — and letting Russia have that money and letting China have that money,” Trump told reporters, referring to an arms deal he signed with Saudi Crown Prince Mohammed bin Salman during his maiden trip to Saudi Arabia last year.

In a separate interview, Trump told Fox News that while he didn’t “like” the incident and had assigned investigators to get to the bottom of the issue, relations with Saudi Arabia remained “excellent.”

“We want to find out what happened,” Trump said. “He went in and it doesn’t look like he came out.”

The US State Department announced Thursday that Saudi Ambassador to the US Prince Khalid bin Salman bin Abdul-Aziz had headed back home to get more information about the case.

“I’m told that he’s headed back to his home country, and we expect some information when he gets back,” State Department spokeswoman Heather Nauert told reporters.

There is widespread speculation – especially among Turkish officials -- that Khashoggi has been assassinated by as many as 15 Saudi operatives who took him into the consulate. The journalist’s dismembered body is also reported to have been flown back to Saudi Arabia in two jets.

Adding another twist to the already complicated puzzle, The Washington Post reported Tuesday that bin Salman had personally ordered the assassination.

This is while Riyadh had denied being behind Khashoggi’s disappearance. However, it has so far failed to provide any evidence to back its claims.

On Wednesday, the leaders of the Senate Foreign Relations Committee asked Trump in a bipartisan letter to investigate whether “the highest ranking officials in the Government of Saudi Arabia” were responsible for possible crimes in Khashoggi’s case.

However, the US president has shown no real interest in tangling with the Saudis.

On the contrary, the American president has proudly boasted that his dealings with Saudis help the regime to stay afloat while creating jobs back home.