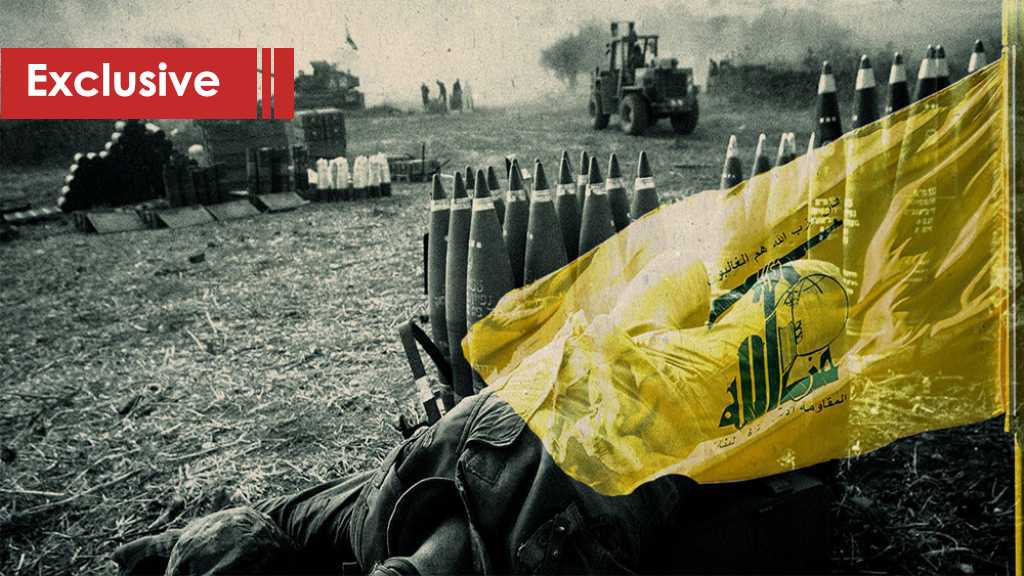 "Those Coming to Kill Us" was the title of an article published on the website of “Israel’s” Channel 2 and authored by its analyst Shay Levy. The analyst talks about the increasing level of threat on both the northern and southern fronts.

The article reads as follows:

The last "Hebrew" calendar year was a difficult one in terms of security for "Israel": the war in Syria which is coming to an end, in return an increased threat from Hezbollah. From the south, we came close to another military operation in Gaza, while the West Bank turned into a volcano threatening everyone with an eruption.

The countries in the region continue to arm themselves with various types of weapons. Part of which poses a threat to "Israel" and another part is not a threat at all. There are practically some countries that have secret relations with Tel Aviv, without the knowledge of its citizens. Eternal enemies have become allies in recent years, and the Americans and Russians have returned to the struggle for regional hegemony.

In short, the Middle East can be described in one word: chaos. It seems that the new "Hebrew" calendar year will be no less tense. So, it is the right time to understand exactly who is threatening us and why. In essence, what is the magnitude of the threat we face?

The threat level from Iran is high. The threat is focal and consists of: surface-to-surface missiles, sophisticated manufacturing of unmanned aerial vehicles and arms in Lebanon, Syria and Gaza as well as activities abroad with Iranian cover that would drag "Israel" into a war like the First Lebanon War.

According to an “Israeli” expert, “Tehran is strengthening its traditional capabilities.” The annual strategic assessment of the Institute for National Security Research stated that "Israel" will face a more dangerous Iran in the mid and long term.

The level of Hezbollah's threat to “Israel” is high. The main threat lies in the infiltration of "saboteurs" cells into settlements in the Galilee and the capture of soldiers and civilians, the firing of missiles and rockets into “Israel” in addition to the planting of explosive devices and a full-scale war that could extend to the Syrian arena.

According to the strategic assessment, Hezbollah continues to pose the most serious conventional threat since it possesses rocket-propelled grenades for all ranges which are more lethal than before. It also has precision rockets, unmanned attack aerial vehicles, advanced anti-ship missiles, state-of-the-art Russian air defense and land units trained to occupy villages inside “Israeli” territory.

Although popular attention is directed southward, it is clear to everyone that Gaza is only a prelude to the real war that will erupt specifically against Hezbollah in Lebanon. Even within the “Israeli” army, officials are between careful and keen to make it clear that the next war will not be like the one that took place in 2006. They do not only mean through the Winograd Commission.

The commander of the Northern Region Major-General Yoel Strik recently said that the next war would not be the third Lebanon war, but the North’s final war. Indeed, according to various estimates, the next war in Lebanon will be more difficult: the force that will be employed by the "Israeli" army will be double, even triple the size of the previous war. Hezbollah did not rely on past glories but continued to increase its massive missiles arsenal.

The intelligence apparatus estimates that Hezbollah has acquired an additional 150,000 rockets and missiles since 2006. And it can launch hundreds of rockets into “Israeli” territory every day. In this case, the air force cannot stop the fire alone, but will call on ground forces to battle as well.

Meanwhile, the level of threat from the Gaza Strip is medium to high. The main threat could be offensive tunnels, infiltration of cells into border villages with the Gaza Strip, capturing soldiers and civilians, launching rocket-propelled grenades, roadside bombs and a full-scale military operation.

According to the research center, the probability of the situation intensifying is very high. It is true that Hamas is deterred, but it continues to build its strength. Even though both sides are not concerned with this, a confrontation may erupt due to an uncontrolled escalation of a local incident or a deep socio-economic crisis in the Strip that explodes onto “Israel”.

The threat level from Syria is average. The main threat could be through the firing of rockets and anti-tank missiles, air defenses, operations against the "Israeli" soldiers along the border and the situation deteriorating into a full-scale war.

Reports from the Directorate of Military Intelligence "Aman" confirm that the likelihood of war with Syria and Lebanon will increase dramatically after the end of the war in Syria. Even technical terms have changed from the Third Lebanon War to the "North’s War".

On the other hand, the level of threat from the Gulf States to "Israel" is low. The main threats are represented by regular and improved armies and pro-Iran organizations. Saudi Arabia, Qatar and the United Arab Emirates have huge armies. They have invested billions of dollars and equipped into their armed forces with the best combat systems. It is true that in the past Saudi Arabia sent military forces to wage wars against “Israel”, but today the Gulf countries have a common enemy with "Israel" which is Iran.

The talk is not only centered on the nuclear threat. Iran is operating "Houthi arms" in Yemen which are fighting against the Saudis. The rockets launched by the Houthis towards ships in the Black Sea raised great concern within the "Israeli" security establishment. The Iranian threat produced a system of secret alliances that will prevent any chance of war.