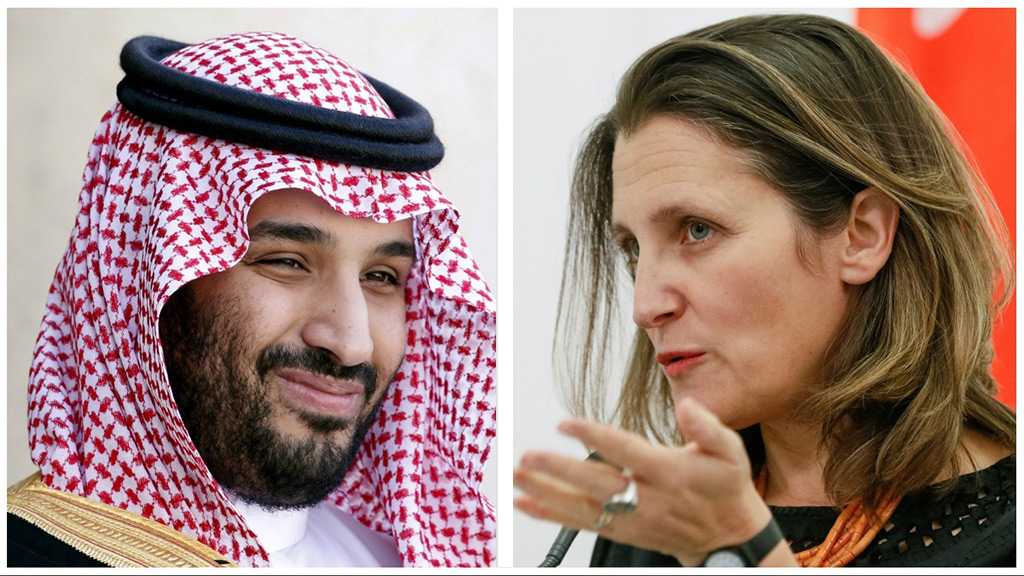 Human Rights advocates said Israa al-Ghomgham, along with five other activists, are being tried by the country’s terrorism tribunal on charges “solely related to their peaceful activism”.

The dispute escalated and Saudi Arabia cancelled all flights to Canada on the state airline, recalled students studying in the North American nation, cut investment and issued threats.

Following the news of the planned beheading of Israa al-Ghomgham, a Foreign Affairs Department spokesman renewed Canada’s concerns in a statement.

They said: “As Minister Freeland has previously stated, Canada is extremely concerned by the arrests of women’s rights activists.

"These concerns have been raised with the Saudi government.

“Canada will always stand up for the protection of human rights, including women’s rights and freedom of expression around the world."

The Shia female activist was part of a political movement which continued until 2014.

The European-Saudi Organization for Human Rights commented on Ghomgham’s activism, saying: “She called for fundamental and basic civil and political rights, such as peaceful assembly and expression, for the release of prisoners of conscience and human rights defenders, and expressed her peaceful opinions on social media platforms.”

State prosecutors are seeking to sentence Ghomgham with the death penalty, and if delivered, it will mark the first time a female activist is executed in Saudi Arabia for their political activities.

According to the Human Rights Watch, Saudi authorities have also been holding five other activists, who are facing the death penalty, in pre-trial detention without legal representation for over two years.

146 people were executed in Saudi Arabia last year, according to Amnesty International.

Beheading is the most common method of execution in Saudi Arabia.

Sarah Leah Whitson, Middle East director at Human Rights Watch, said: “Any execution is appalling, but seeking the death penalty for activists like Israa al-Ghomgham, who are not even accused of violent behaviour, is monstrous.

“Every day, the Saudi monarchy’s unrestrained despotism makes it harder for its public relations teams to spin the fairy tale of ‘reform’ to allies and international business.”