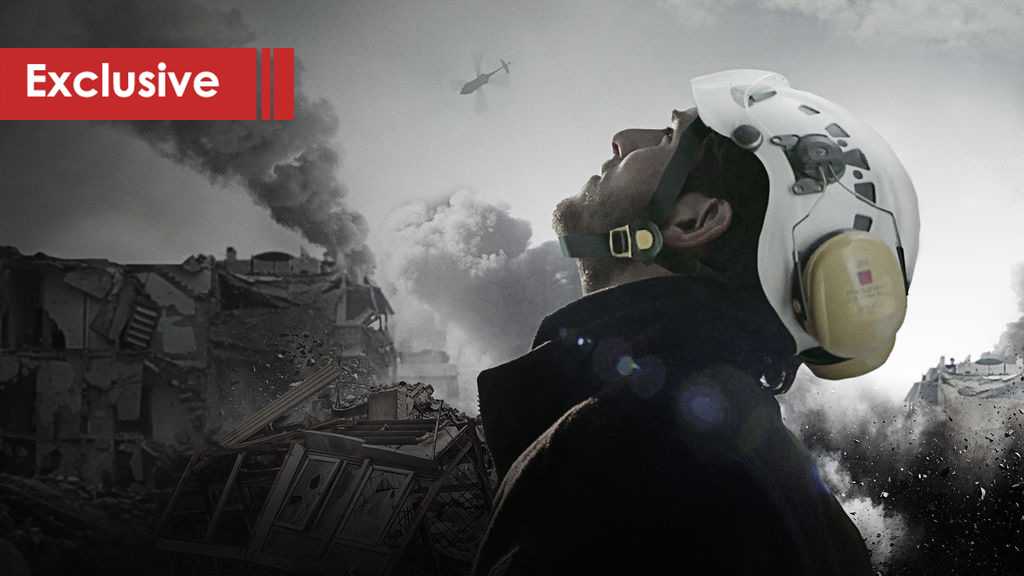 An Oscar-winning documentary The White Helmets screened on 2017, painted an astounding picture of a group of volunteer rescuers saving innocent civilians from the bloody war in Syria.

In the documentary you watch stories of heroism, sacrifice and valor. It is so touching to see unarmed civilians bearing an ordeal – forced upon them – being saved by “a group of everyday civilians” who carry out selfless “rescue missions”. But what you see is NOT always what you get!

Officially known as the “Syria Civil Defense”, the White Helmets operate in militant-occupied parts of Syria.

This group isn’t quite as “heroic” as the documentary and American mainstream media paint them to be: “unarmed and neutral civilian volunteers”.

Founded in 2014, the White Helmets are largely funded by the US, the UK, and Europe. They claim that they receive no funding from outside parties with a dedicated interest in Syria, but there’s a different story to that.

Vanessa Beeley, an independent researcher and journalist, explains that the White Helmets are “are in fact multi-million funded by NATO member states, Qatar, Saudi Arabia and Japan to act as a narrative and propaganda producer on behalf of the NATO member states who are attempting regime change and failing to achieve it inside Syria.”

The story of the White Helmets and the propaganda is nothing new. But the recent development regarding their evacuation from Syria in an unusual way is.

Being an expert in Syria and the on-going war there, Ms. Beeley tells me that “it is not unusual to see such exceptional treatment for this organization by NATO member states and ‘Israel’, who is part of the destabilization process in Syria.”

While the “Israeli” entity has claimed neutrality from the beginning of the war on Syria, not siding with any of the factions, it has been involved in the past week in the evacuation of the White Helmets.

Ms. Beeley explains the reason why “Israel” appeared now in the Syrian arena, saying that the “it is because we’re seeing the Syrian Arab army reaching the end of the liberation campaign in the southern provinces.”

She believes that the “reason the White Helmets have been given this evacuation now instead of getting on the buses to Idlib, is that there has been the final evacuation of the villages of Kefraya and Foua in Idlib, over 7000 civilians had been evacuated from those Shia Muslim villages; now this means that effectively the terrorists or terrorist factions in Idlib no longer have their main bargaining chip… they no longer have the pressure that they were able to put on Iran and Russia before.”

“So this means that, to a large extent, the way is clear for the SAA to begin the campaign to liberate Idlib as soon as possible; therefore, this is protectionism by NATO member states of their intelligence asset – the White Helmets – by allowing them to exit Syria by ‘Israel’ rather than go to Idlib where potential they could be in the same position again within a few months when the SAA begins its campaign in Idlib,” Ms. Beeley adds.

The Western–funded so-called rescue organization, has been evacuated by a coordination between the “Israeli” entity, US and their European allies. The evacuees were transported from the “Israeli” entity to Jordan, from where they were expected to be resettled in Europe and Canada.

Furthermore, Jordanian Foreign Minister Ayman Safadi said that 422 White Helmets volunteers were evacuated, instead of the initial 800 cleared for the operation.

However, Ms. Beeley clarifies that 800 “special refugees” is a very big number, since the group stated on its own website that it only has 3000 members across all of the areas it works in in Syria.

“Now in eastern Ghouta we know there were only around 100, so for there to be 800 in and around, that is a very big figure. So I would suggest that it’s not only White Helmets that are being allowed to transit through “Israel” and into Jordan,” she says.

Ms. Beeley further discusses “the high possibility of there also being foreign intelligence and military Special Forces officers in among those so-called White Helmets that are being given expedition from Syria into ‘Israel’ and then to Jordan.”

She notes: “We also know that only 442 have actually arrived in Jordan so that asks the question: where are all the other White Helmets? Or where are all the other exceptional refugees that were allowed to come into ‘Israel’? Are they actually going to continue to Jordan? Or are have they been allowed to exit from ‘Israel’ to their own countries whether it’s the UAE, Qatar, Saudi Arabia or even back to Europe? We don’t know! But those are the questions we should be asking: Where are those remaining 400?”

Another crucial element of this evacuation is what would have happened had the White Helmets gone on the buses and traveled to the north.

Ms. Beeley clarifies, “Of course, their equipment would be inspected, their names would be taken… there existence would be recorded prior to them leaving. So that again suggests the fact that they are not only White Helmets, there are potentially high level coordinators working either with or as part as the NATO member state alliance inside Syria who did not want to be exposed by going through the evacuation process to Idlib.”

“This clearly assures that the White Helmets are not only an instrument for the Zionist regime, but also for the NATO member state,” she addes.

Now, that the so-called rescuers had left Syria, they are waiting for relocation into Europe and Canada. However, there’s one major power that’s gladly aiding the White Helmets on the ground in Syria, but clearly not happy about taking them in on its soil: America.

“Even though the White Helmets have been celebrated by the US state Department both under Obama and even worse actually under President Trump who has thanked them for the assistances they have given to the US government and its proxies on the ground in Syria”, Ms. Beeley explains.

Take for instance, Raed al-Saleh, the leader of the White Helmets. He had been refused entry at Dulles Airport in the US on April 2016 because of his extremist connections.

Accordingly, it is clear that the US expects its vassal states in the UK, France, German and Canada to take responsibility for this organizations and its members which will be transferred from Jordan.

Ms. Beeley concludes that “as a British citizen, knowing that my government has funded this organization with at least 40 million English pound to-date, an organization that is clearly affiliated to al-Qaeda and to a number of other splinter factions militant groups such as Nour al-Din al-Zenki, of course it is not desirable that they’d come back to the EU or the UK; there should be an independent inquiry and investigation into this organization.”

She explains that had it been the Red Cross or the Syrian Arab Red Crescent who “had committed one of the crimes that the White Helmets are known to have committed or participated in, there would be an international investigation to that organization.”

To tell the truth, James Le Mesurier – the creator of the White Helmets – admitted that the so-called “rescue group” is made up by a majority of the Muslim Brotherhood with extremist violent sectarian members – who had publically called for the extermination of Kefraya and Foua.

Though, Ms. Beeley dislikes the use of the term “shabiha” – which is used by militant factions particularly al-Qaeda, Nusra Front and all of the other extremist factions in Syria in a derogatory fashion to describe anyone that they deem to be loyal to the Syrian government and army, and effectively to the majority of the Syrian people.

We come to the conclusion that the White Helmets claim that they are in Syria to document atrocities, but which atrocities?

“I challenge anyone to show me when the White Helmet have documented a single atrocity committed by Nusra Front, Nour al-Din al-Zenki or by any of the other extremist factions in Syria,” Ms. Beeley tells me, adding “They don’t. In fact they disappear those atrocities and all of their documentation and all of their films and videos suggest that Nusra Front does not exists.”

As you watch The White Helmet, bearing in mind all the atrocities the so-called “rescue group” had been an accomplice to, you’d have a change of heart, that it’s not “When the saints come marching in” as the movie plays, but rather it’s when the liars deceive the whole world in a heartbeat!

We should search for the truth around us. We live in an age of information and disinformation which become the material of news and fake news. Though, identifying what is true and false can be difficult, but it is worth trying in order to create a positive change!