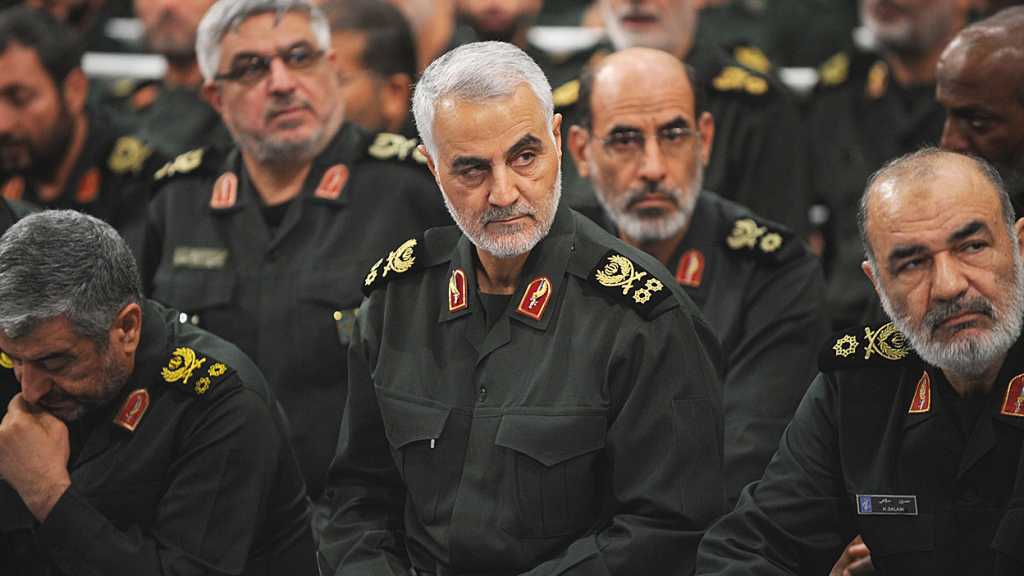 In a letter to President Hassan Rouhani, Soleimnai called Rouhani a 'dear brother', and  addressed him by saying: “What you said about the export of the Iranian oil and stance of the Islamic Republic of Iran on the Zionist “Israeli” regime was a source of proud.”

The IRGC Quds Force commander went on to praise again the “wise and rightful remarks” by Rouhani, stressing that he is at his service to implement any policy that serves the Islamic Republic.”

Earlier on Tuesday, Rouhani blasted Washington's efforts aimed at urging importers of Iranian oil to stop buying the commodity from the country.

“The Americans have claimed they want to completely stop Iran's oil exports. They don’t understand the meaning of this statement, because it has no meaning for Iranian oil not to be exported, while the region’s oil is exported.”

Rouhani also stated that Iran considers the “Israeli” entity as illegitimate and believes that Tel Aviv's measures in the region are aggressive.