The US National Security Agency has been authorized to intercept information "concerning" all but four countries worldwide, top-secret documents say, according to The Washington Post. 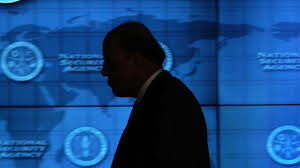 "The United States has long had broad no-spying arrangements with those four countries - Britain, Canada, Australia and New Zealand," the Post reported Monday.

Yet "a classified 2010 legal certification and other documents indicate the NSA has been given a far more elastic authority than previously known, one that allows it to intercept through US companies not just the communications of its overseas targets but any communications about its targets as well."

The certification - approved by the Foreign Intelligence Surveillance Court and included among a set of documents leaked by former NSA contractor Edward Snowden -- says 193 countries are "of valid interest for US intelligence."

"These documents show both the potential scope of the government's surveillance activities and the exceedingly modest role the court plays in overseeing them," Jameel Jaffer, deputy legal director for the American Civil Liberties Union who had the documents described to him, told the Post.

The report stresses the NSA did not necessarily target nearly all countries but had authorization to do so.
It should come as cold comfort to Germany which was outraged by revelations last year that the NSA eavesdropped on Chancellor Angela Merkel's mobile phone, as well as about wider US surveillance programs of Internet and phone communications.

Germany's parliament is investigating the extent of spying by the US National Security Agency and its partners on German citizens and politicians, and whether German intelligence aided its activities.

Ties between Washington and Europe more broadly, as well as other nations such as Brazil, have been strained since the revelations.

Snowden, a 30-year-old former NSA contractor was granted temporary asylum by Russia last August after shaking the American intelligence establishment to its core with a series of devastating leaks on mass surveillance in the US and around the world.