The turmoil that has beleaguered the Middle East for decades has been described many ways. On the 5th of June, however, the terminology turned vulgar. This enduring conflict was publically characterised as a ‘war between the civilized man and the savage'. Boldly announced with a plea to ‘support "Israel"/defeat Jihad', the full page advertisement ran in the New York Post's special section covering the city's ‘Celebrate Israel' parade.

Declaring the Muslim people ‘savage' is, of course, just a school-yard taunt from Islamaphobe Pamela Geller, who gleefully takes credit (1) for the advertisement. Had her rant(2) been limited to her own blog, we might easily dismiss it. The problem lies in its acceptance into mainstream discourse. The Post may be tabloid journalism, but its paper edition remains(3) the seventh most popular paper in America. And this sort of crude advertisement for a political cause panders to a public comfortable with the mind-set of ‘don't bore me with the details'.

But the details are critical if we are to consider a conflict that has taken thousands of lives. How can we, for instance, reconcile the concept of ‘civilized' with the reality of shooting unarmed protesters? The advertisement asks us to accept "Israel" as ‘civilized'; yet as these very words were first read, "Israeli" soldiers were shooting (4) into a crowd of Syrian-Palestinians, killing 24 and injuring another 350.

Even if we were to set aside troublesome issues of borderlines and occupation zones, lethal violence hardly qualifies as a civilized response to what was unmistakeably only a symbolic demonstration. It had been loudly announced in advance. Had the protesters indeed posed a physical threat, then they might have been easily overpowered and arrested by the "Israeli" military on hand. But that would have been a sensible-a civilized-means of containing the situation.
The deadly violence chosen by the "Israeli" forces on the 5th of June mirrors the same used just three weeks prior, during the Nakba demonstrations. And these echo hundreds and hundreds of instances when "Israeli" forces have brazenly attempted to destroy anything and anyone deemed inconvenient. Perhaps the most egregious example, though, happened 29 years ago during the first week of June 1982.

In a defiant escalation of the Zionist occupation of Southern Lebanon in place since March 1978, the "Israeli" government and military flagrantly snubbed the ruling of the United Nations. Using brute force, the "Israeli" forces intensified efforts to gain territory and to obliterate any resistance to their project. Despite the presence of the United Nations Interim Force in Lebanon (UNIFIL) as international peacekeepers, the "Israelis" insisted on their own form of deadly control.
On 4 June 1982 "Israel" conducted air raids in and around Beirut.* Together with its mercenary militia, "Israeli" ground forces also engaged in intense artillery fire in Southern Lebanon. Both the Secretary General of UNIFIL(5) and the President of the UN Security Council(6) issued urgent appeals to ‘adhere strictly to the cease-fire(7) that had been in effect since July 1981 and to refrain immediately from any hostile act likely to provoke an aggravation of the situation'.
By way of answer, the next day "Israeli" forces amplified their intent. They multiplied air strikes. They increased artillery fire on the ground with added naval artillery power. Again, UNIFIL reiterated its call for a simultaneous cessation of hostilities. The UN Security Council passed Resolution 508(8), calling for all parties ‘to cease immediately and simultaneously all military activities within Lebanon and across the Lebanese-"Israeli" border'. 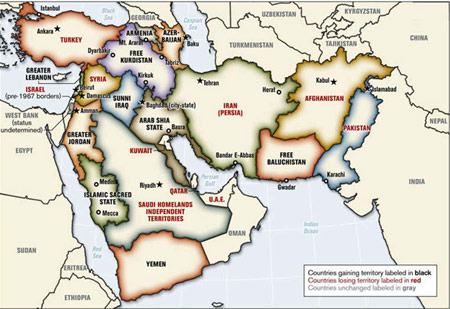 The Palestine Liberation Organisation (PLO) agreed. The "Israeli" Representative, however, stated the Resolution would have to be brought before the "Israeli" Cabinet.
Despite UNIFIL's continued efforts throughout the night of 5 June, "Israeli" air strikes resumed shortly after 0600, the morning of 6 June-precisely the deadline given in Resolution 508 to cease fire.

The Chairman of the PLO informed UNIFIL that ‘in spite of heavy "Israeli" air-strikes after the scheduled time of the cease-fire, he had given orders to all PLO units to withhold fire for a further, unspecified period'. When UNIFIL then met later that morning with the chief of the "Israeli" military forces, the agenda was the implementation of Resolution 508.
Instead, UNIFIL was informed that "Israel" was launching a military operation into Lebanon within half an hour. UNIFIL was warned to stay out of the way. UNIFIL protested, to no avail:
‘Israeli ground forces, including a very large number of tanks and armoured personnel carriers, moved into Lebanese territory in strength. . . . UNIFIL troops attempted to prevent the entry and advance of the "Israeli" forces. On the coastal road, for example, Dutch soldiers planted obstacles before advancing "Israeli" tank column; one tank was damaged; the obstacles, however, were pushed aside, as was the Dutch guardhouse. Tank barrels were pointed at UNIFIL soldiers during the entire encounter, likewise, in the other battalion areas, obstacles were forcibly removed and bulldozed. At Khardala Bridge, a small Nepalese position stood its ground for two days, despite harassments and threats. On the morning of 8 June, their position was partially destroyed/and some 100 "Israeli" tanks began to cross the bridge. Despite the efforts of UNIFIL, from the start of the invasion, the overwhelming strength and weight of the "Israeli" forces precluded the possibility of stopping them, and UNIFIL positions in the line of the invasion were thus overrun or by-passed'.

Later that day, the UN Security Council met again and unanimously adopted Resolution 509(9), demanding the withdrawal of "Israeli" military forces and cessation of all military activities.
Contrary to the Resolution, on 7 June, "Israeli" forces-comprising more than two mechanized divisions, with full air and naval support-expanded their positions northward and waged intense fighting.

On 8 June, the Security Council met again(10), but no resolution was adopted, because of the negative vote from the US. At the same time, "Israeli" forces resumed their pattern of blocking movement of UNIFIL forces and took prisoner 62 Lebanese Army soldiers who were serving under the operational command of UNIFIL. When UNIFIL demanded their return, the "Israeli" military released them to its mercenary militia instead. This common ruse was vigorously protested. Again to no avail.

In her review of the Celebrate "Israel" parade, she refers several times to the event in religious terms. God was smiling on the paraders, she tells us, providing them with sunshine for their pro-Jewish rally. Syrians and Palestinians, on the other hand, she classifies as interchangeable Muslims, Jew-haters, Nazis upon whose Nakba bund rallies God frowned upon with torrential rains. The celebration, it seems, had little to do with a political entity, and much to do with being a so-called chosen people. A so-called civilized people.