A pro-Syrian Arab diplomatic source confirmed that Turkey has received, during the past couple of hours, a strict Iranian letter warning it of "changing the game rules" in Syria. 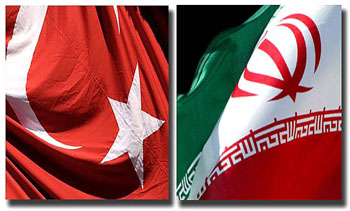 In an interview with Syrian daily al-Watan, the Arab source said that this warning comes as a clear response to the latest threats posed by Turkish Prime Minister, Recep Tayyeb Erdogan, claiming that his country will target Kurdish combatants inside the Syrian territories.
Also, the Ankara-based Arab diplomat, whose country's government supports the Syrian al-Assad regime, said that Ankara had been preparing, in agreement with Washington, for a military interference in the Syrian crisis; under the pretext of Kurdish population.

However, Iran drew a line for the Turkish dreams, and informed it that any attack on the Syrian territories will witness a harsh attack; as Iran might put into force the mutual defense agreement signed with Syria, the source iterated.
Furthermore, the Arab diplomat went on to say that Turkey agreed with the US that a limited military interference in North Syria, especially in Aleppo, might introduce a buffer zone to be protected by the gangs funded and armed by Turkey, in cooperation with Qatar and Saudi Arabia.

The said scenario however would be implemented only if the Syrian refugees in that area were evacuated, especially as they have become a burden on Erdogan's government; although they were supposed to be exploited to lead a UN resolution, imposing international sanctions on Syria.