The US has acknowledged that its foreign military sales exceeded $50 billion, with expectations that this year would be a record-breaking year in military sales, thanks to Saudi Arabia, whose US-linked sales account for three-fifth of the total sum. 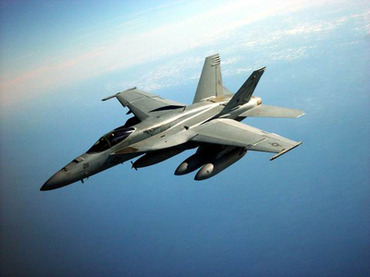 Assistant Secretary of State for political-military affairs, Andrew Shapiro, stated, "We have already surpassed $50 billion in sales in the fiscal year 2012."
It's worth mentioning that in the year 2011, the US also reached a record in military sales that accounted for $30 billion.
"The sale to Saudi Arabia was very significant," Shapiro added, as the $29.4 billion deal included 84 new fighter jets, and 70 old jets to be modernized.

In an interview with Russian TV (RT), Canadian diplomat Peter Dale Scott said that the Saudi-US military sales contribution is directly related to the "arms for petrol" relations between both countries.
"During the oil price hikes of 1971 and 1973 the US negotiated an agreement to pay Saudi Arabia higher prices for crude, on the understanding that Saudi Arabia would recycle the petrodollars, many of them through arms deals. So recently the imports of American hardware to Saudi Arabia have grown significantly," Scott stated.

Also, according to the US State Department, one of the deals that helped the sales reach a record was a $10 billion deal with Japan.